Yes, you read that right, Bonds, Australia’s favourite underwear brand, is starting a national conversation about the underwear needs of men with ‘Turtlenecks’ versus men with ‘Crewnecks’ in a new campaign developed by Clemenger BBDO Melbourne.

Because while all men are born equal… some get slightly modified. To date, other underwear brands have overlooked this important point of differentiation.

Says Kelly McBride, head of marketing at Bonds: “We are always looking for new ways to innovate. The mens underwear category generally follows tried and tested conventions, so we felt it was time to shake things up. We are highlighting a truth that all men are aware of, but maybe haven’t given due consideration to when it comes to their choice of undies. We hope we’ll get on men’s radars with this cheeky message.”

Says Richard Williams, executive creative director at Clemenger BBDO Melbourne: “Approximately 20% of Australian men have crewnecks today, a big change from the 1950’s when roughly 80% of the male population had the ‘chop’. Despite ‘Team Crewneck’ being a rarer breed than ‘Team Turtleneck’, we know both teams have questions and we hope this campaign gets all men talking more freely. You’re welcome.”

So, whether you’re the proud owner of a Turtleneck or a Crewneck, head to www.bonds.com.au now and purchase the right comfy undies for you. 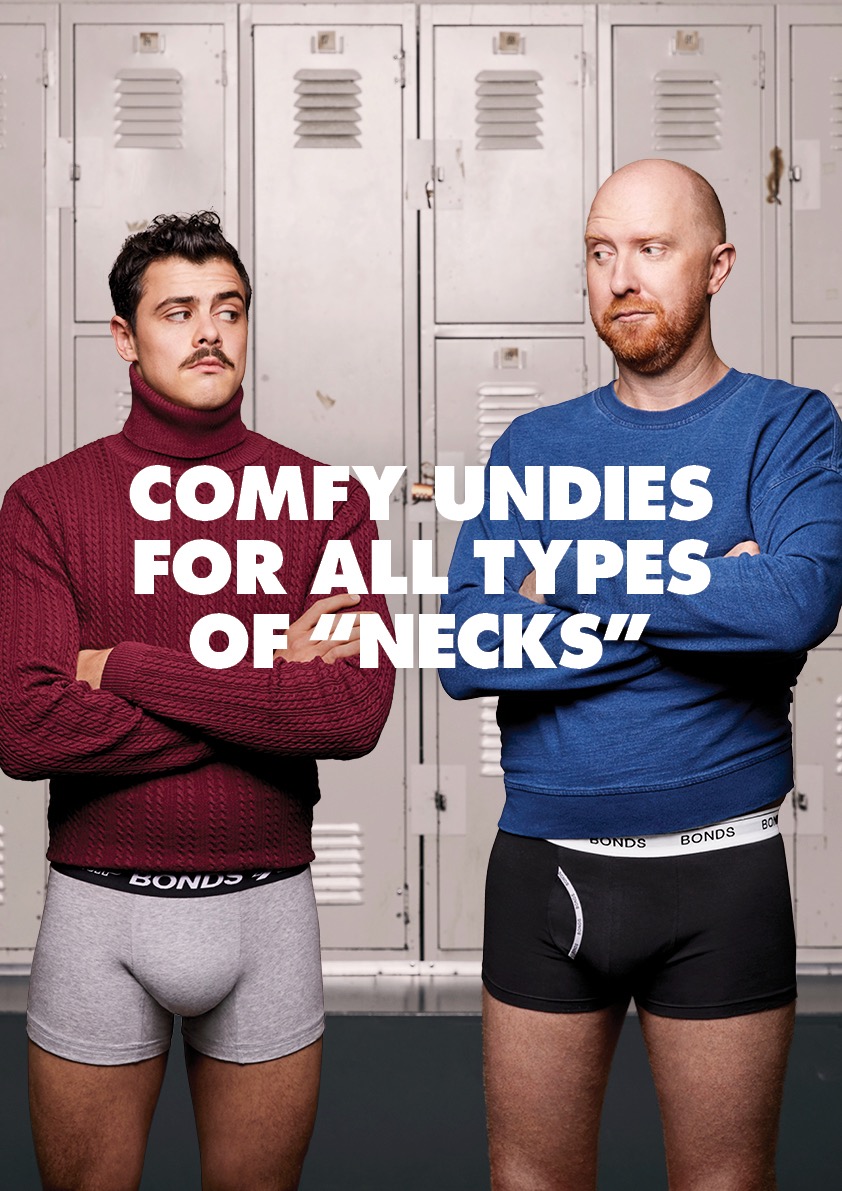