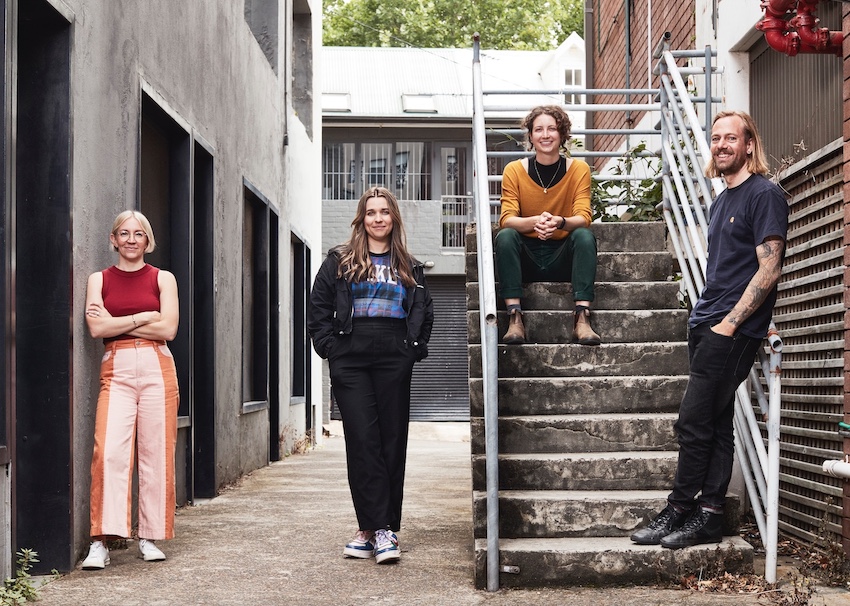 BMF is building on its much-admired creative department with the appointment of Josie Fox and Harry Stanford, joining as a senior creative team, alongside Erica Mallett and Angel McMullan, as the newest junior creative team.

For more than 10 years Josie Fox and Harry Stanford have worked at some of the best agencies across Australia and in London. Fox is an art director from Perth via Melbourne, and Stanford, a copywriter from the UK. Working at Special Group for the past five years, the creative pair has a portfolio of world-famous work which spans clients such as: Uber Eats Australia and Taiwan, CUB, amaysim, Yalumba and numerous award wins at D&AD, Spikes, One Show and AWARD. Some of the duo’s most notable work includes their Uber Eats campaigns – Australian Open ‘No Repeats’ and even more recently ‘Tonight I’ll be Eating’ with Simon Cowell and the Wiggles. Stanford and Fox have also tutored AWARD School multiple times and won AWARD School Tutors of the Year.

Erica Mallett and Angel McMullan join BMF as a new junior creative pairing. Mallett, a proud wearer of many hats, is a musician, content creator, podcaster and most recently, breakfast radio host on Triple J. Over the course of her career, she has interviewed Billie Eilish, performed during the headline set at Splendour in the Grass and released her own podcast ‘Wait, You What?’. McMullan, a proud wearer of one hat, cut her teeth in publishing as a book designer and picture book illustrator. After topping AWARD School she decided to have a go at advertising and moved to Special Group Australia as an art director. Here she worked across brands such as Uber Eats, Harris Farm, Bonds and amaysim.

Says Alex Derwin, chief creative officer at BMF: “We prize our open and collaborative culture above everything, so to be able to grow the agency with four not just talented, but lovely, humans is an absolute pleasure. Josie, Harry, Angel and Erica are top-drawer creative thinkers who offer an even more diverse skillset to our creative department.”

Says Stanford and Fox: “BMF has such a wide range of exciting and iconic clients and is full of lovely people. Who wouldn’t want to get stuck into some juicy new briefs and make some work that both we and Australia love?”

Says Mallett and McMullan: “We can’t wait to get our grubby little fingers all up in BMF’s pies. We’re looking forward to using our experience to bring to life some big, meaningful ideas – and to learn from the incredibly clever team at BMF.”