BINGE – home to the world’s best shows – has today launched the SUBMABINGE, the world’s first at-home submarine viewing experience. Thinkerbell has brought the campaign to life, to mark the arrival of the new six-part British crime drama series set on a submarine, VIGIL, now streaming on BINGE.

Now more than ever Aussies are finding it difficult to switch off from family or flatmates and block out the busyness of a life lived indoors. According to recent YouGov research conducted by BINGE, in recent times as we find ourselves spending more time indoors, 60% of the nation has lost the ability to have quiet space in their home and 62% of Australians currently have trouble switching off from family or flatmates when watching their favourite TV shows.

The same research revealed that nearly half of all Aussies (47%) would be interested in a device that could help block out noise and other distractions, so they could focus more on their favourite TV show.

Thanks to BINGE, Aussies now can. 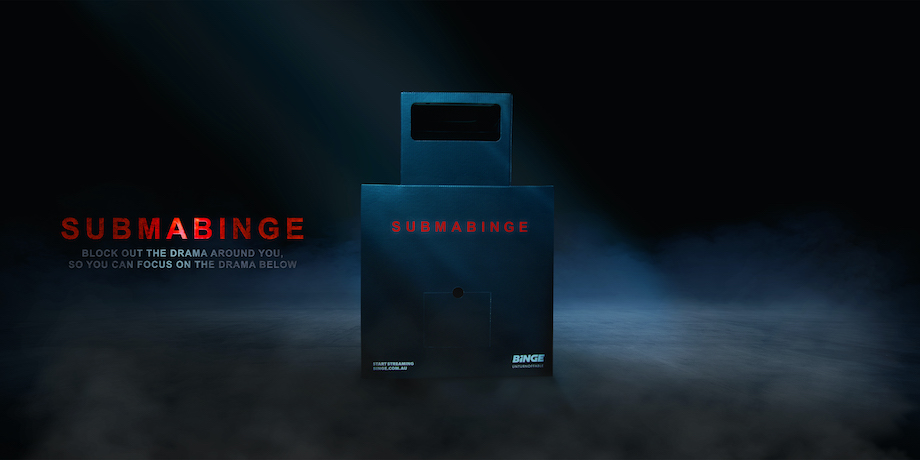 To launch the SUBMABINGE, BINGE has released a thrilling trailer revealing the one-of-a-kind invention’s unique design features, that will allow entertainment fans to block the outside world and fully submerge themselves into the adrenaline-fuelled thriller, VIGIL. 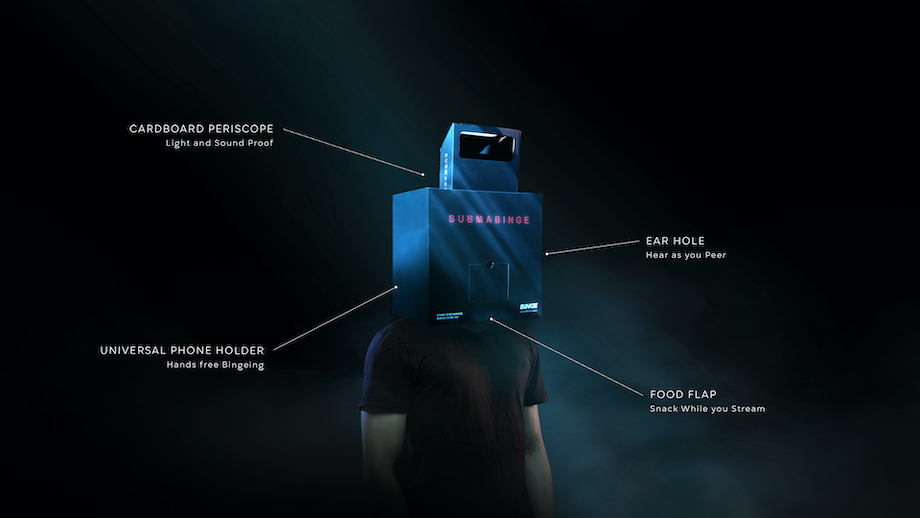 The SUBMABINGE’s design features will help simulate being in a submarine 300 metres under the ocean, including a real periscope to peer through, soundproof walling, a mouth opening to feed yourself (with straw holders too) and ear holes. It also features a convenient smartphone side strap. 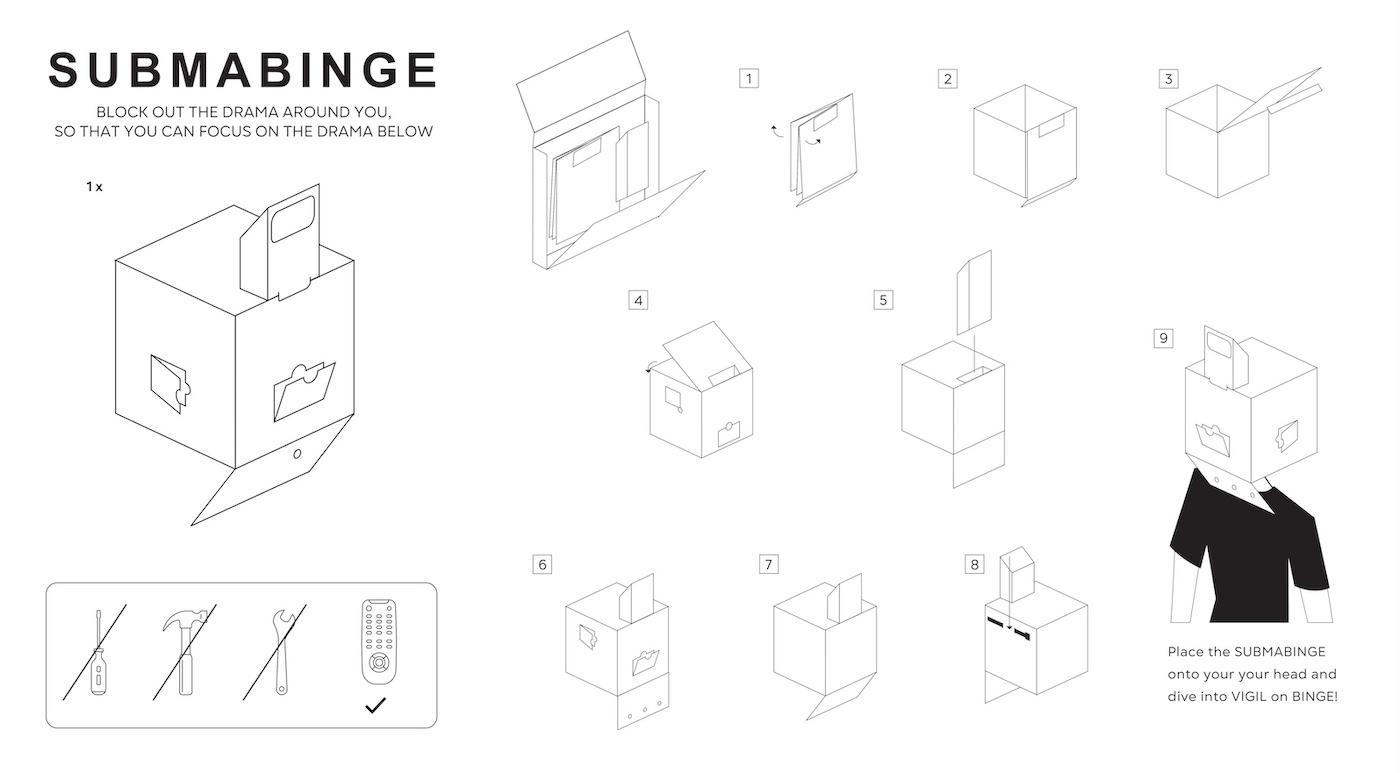 Every SUBMABINGE is shipped as a flat pack, with assembly taking less than 5 minutes.

Says Alison Hurbert-Burns, executive director, BINGE: “VIGIL is a gripping new British drama series, written and created by Bafta-nominated writer Tom Edge and from the makers of Line of Duty and Bodyguard. Starring Suranne Jones and Rose Leslie, and a storyline full of thrilling twists and turns, it’s the next must watch crime drama.”

For BINGE fans to get their very own SUBMABINGE at home, all they have to do is head to and follow the BINGE Facebook, Instagram or Twitter page, look for the SUBMABINGE trailer and tell us in the comments section in 25 words or less, why they need a SUBMABINGE in their life.

The gripping new crime series VIGIL, written and created by Bafta-nominated writer Tom Edge (Judy, The Crown, Strike) and from the makers of Line of Duty, Bodyguard and The Pembrokeshire Murders, premiered on BINGE on Monday 30 August, with episode two, three and four, also now currently available. The final two episodes will drop each Monday for the next fortnight, until the finale on 27 September.