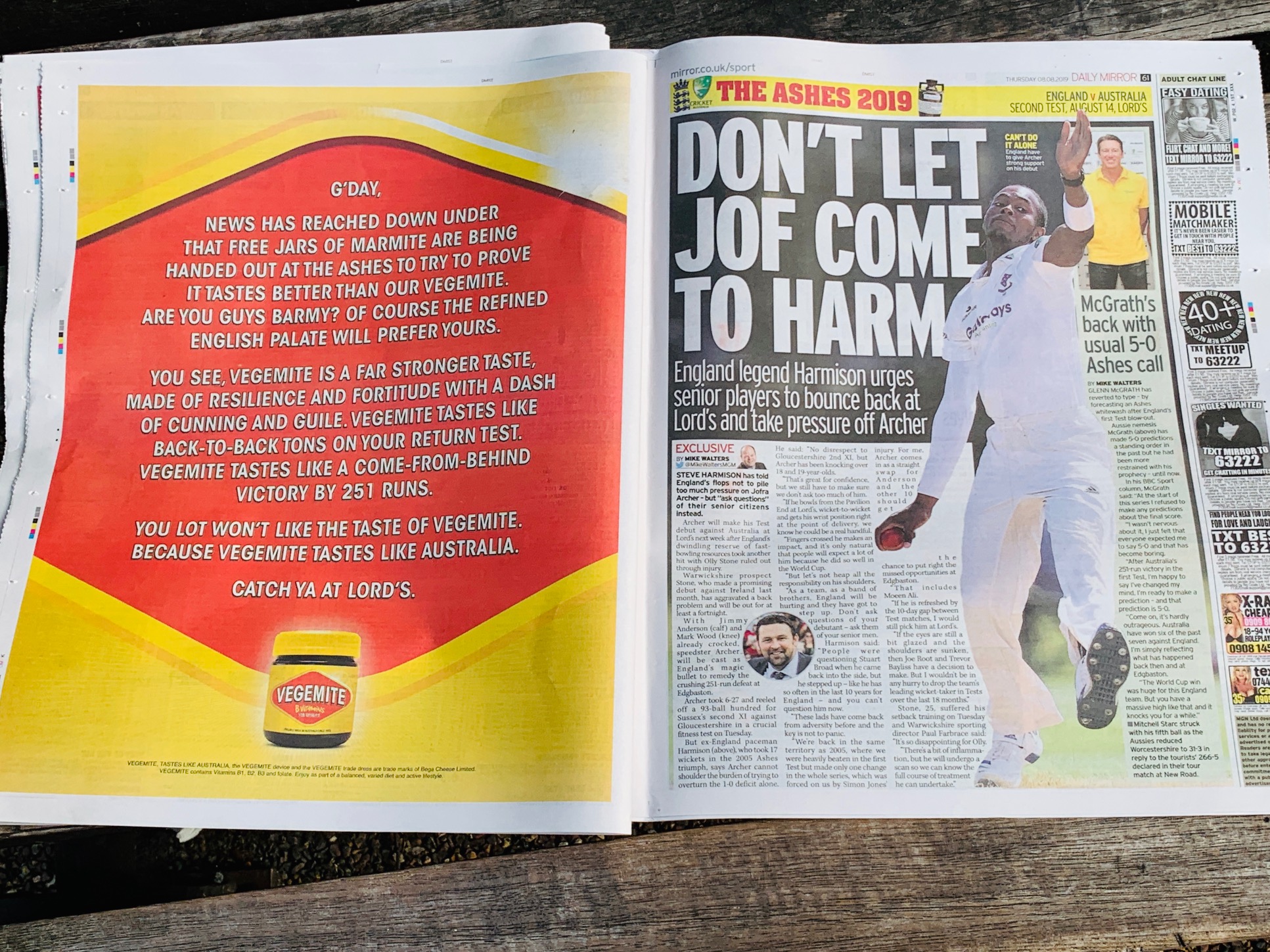 Vegemite, via Thinkerbell, Melbourne, has published an ad in UK newspaper The Mirror in response to Marmite handing out free jars of Marmite at the cricket in an attempt to woo those attending.

Vegemite was forced into an unfamiliar position last night where we had to take out a full page ad in the UK newspaper, The Mirror. The ad we ran (please see attached) was in response to Marmite (a softer, gentler, more polite version of Vegemite) handing out free jars of Marmite at the cricket in an attempt to woo those attending.

The ad we felt compelled to run, explains why England’s beloved Marmite’s crusade is futile. You see Vegemite is made for Australia, we don’t expect the English to embrace our stronger, more resilient taste, and nor can we imagine many Australians going for a middle order substitute.

Matt Gray, Vegemite spokesperson in Australia said “It’s not often we get brought into such a large scale international conflict. However, we found Marmite’s behaviour to be a little untoward. It’s just not cricket to give away Marmite at the cricket. We just want to set the record straight that Australians will always prefer Vegemite as Vegemite actually tastes like Australia. The English are welcome to their mild Marmite, it probably suits their sensitive palates a little more.”

Vegemite was invented in Australia in 1923, made from the yeast extract from brewing beer – how Australian is that. Some would call it our national spread. We wish Marmite all the best, but don’t expect many Australians to be bowled over by its taste.

Vegemite is proud to Taste Like Australia, and promises to not mention Brexit in any press release. “ 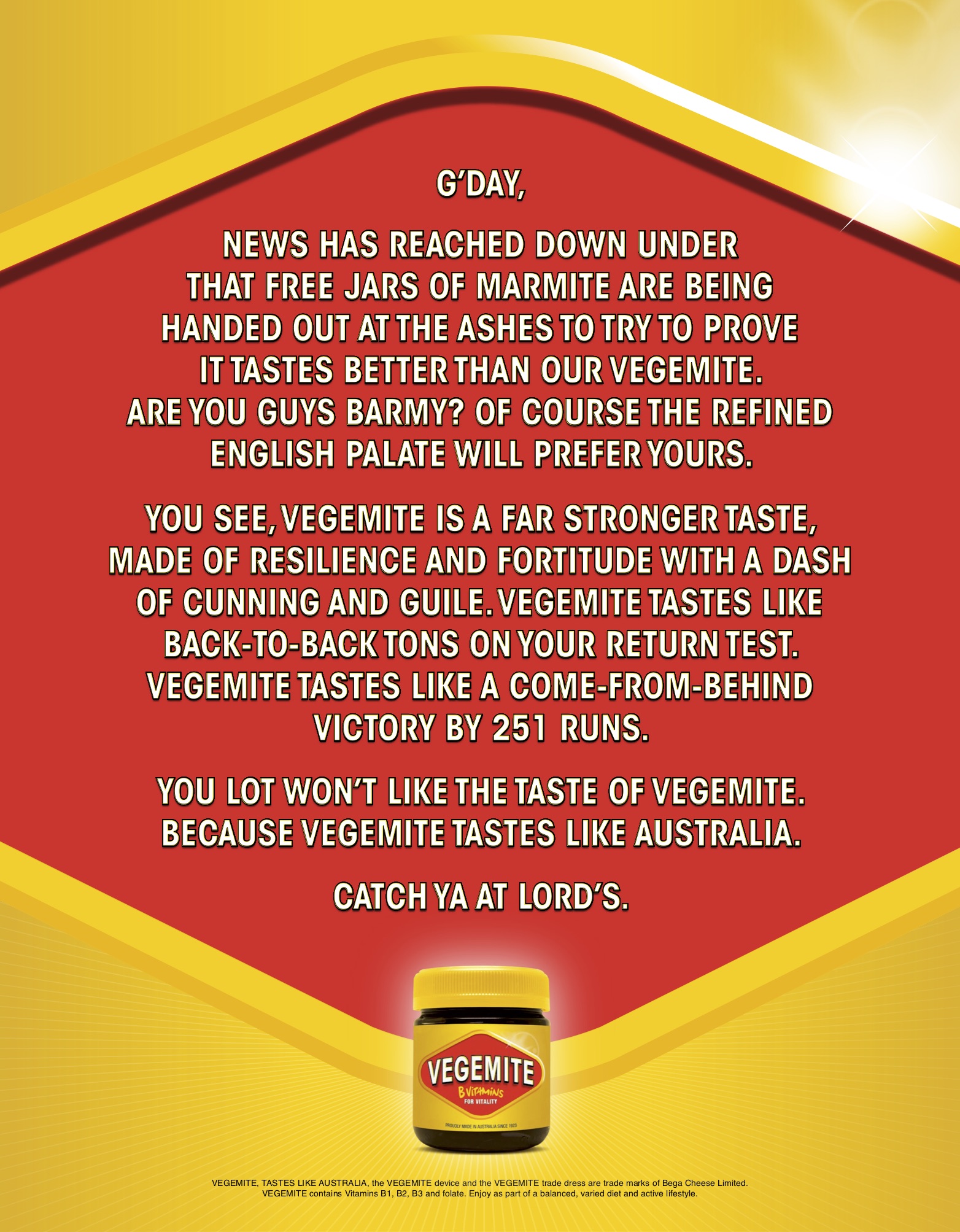 UPDATE: Marmite, via agency adam&eve, London fired back in Saturday’s edition of the Daily Mirror, right where it hurts for Australian cricket fans.

“Dear Vegemite,” the ad starts, again in ALL CAPS.

“We might not taste like Australia, but love it or hate it, we won’t be tampering with it.

“See you at the Home of Cricket.” 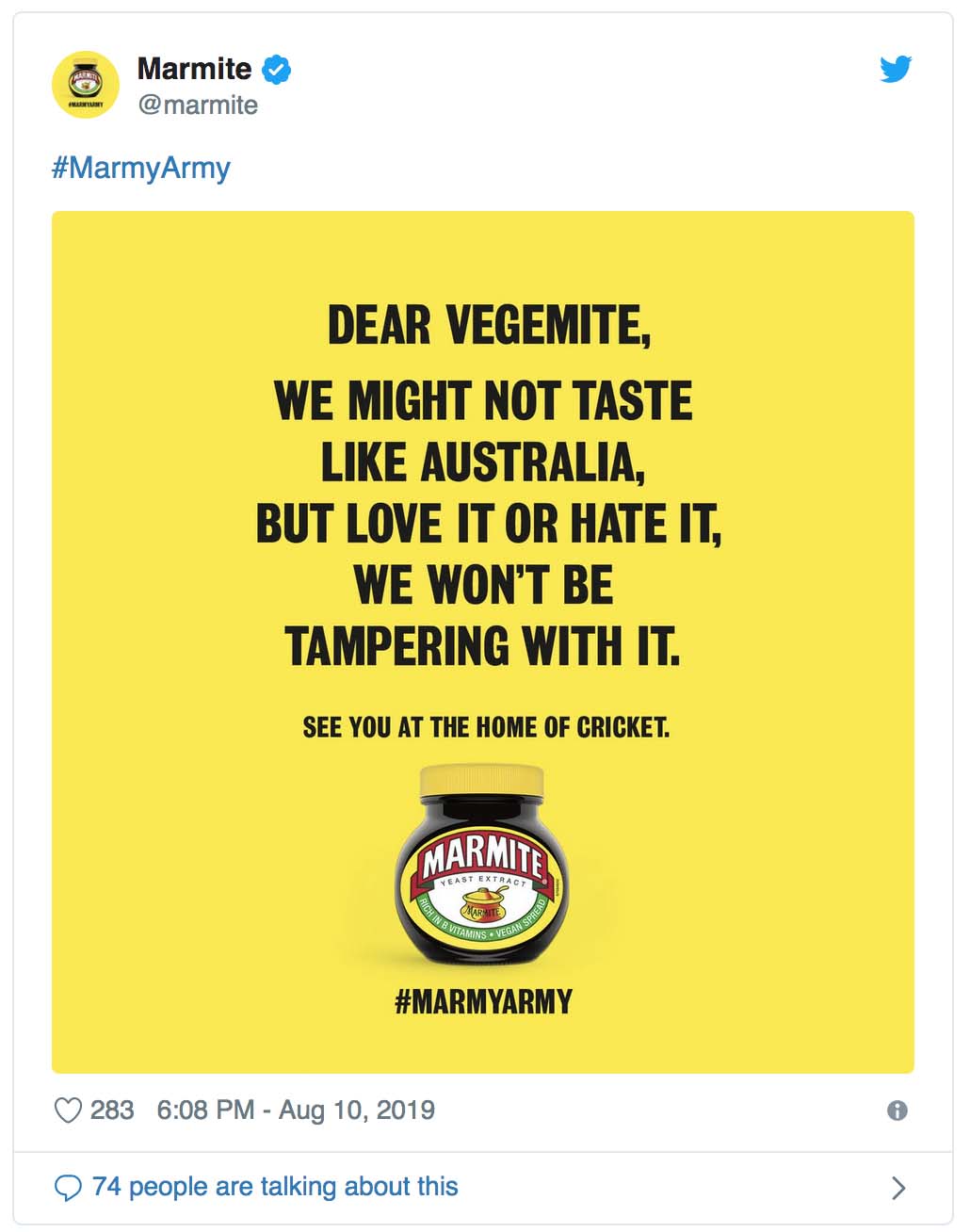