From giant beach balls and eskies to sliding down sand dunes, Coca-Cola ads are synonymous with good times over the Australian summer. Now, thanks to the return of Share a Coke, everyday Aussies will have a chance to star in an iconic Coca-Cola TV ad in a new campaign via Ogilvy Sydney.

Up to 170 unique ads will be created and broadcast on various platforms, providing lots of opportunities for Aussies to potentially ‘taste the feeling’ of TV fame.

This year, Coca-Cola is holding an ‘open casting’ giving anyone the chance to star in its TV ads. To make the cut, Aussies simply need to film a short video of themselves giving a ‘shout out’ to a mate they would like to Share a Coke with this summer.


Says Lucie Austin, marketing director, Coca-Cola Australia: “Forget actors and actresses or models and celebrities, this summer our Coke ads are all about everyday Aussies. We want to give people a chance to give a shout out on national TV to anyone they think deserves one.

“It might be a shout out to a Legend frontline health worker, a thanks to your Mate or your Mum who have been there for you this year or saying cheers to your True Blue local barista.

“This is all about giving people the opportunity to have some fun and share some love after what has been a really tough year.”

In a new twist for Share a Coke this year, classic Aussie nicknames will feature on Coca-Cola bottles and cans with more than 200 names, nicknames and colloquialisms available to inspire people to give a shout out to a mate.

The move celebrates the age-old tradition of Aussies giving their mates a nickname with classics like Macca, Deano and Shazza available on Share a Coke bottles and cans this summer.

Popular colloquialisms like Champ, Squad, Legend and Queen Bee and cultural nicknames such as Mi Amore (My love), Tita (Aunty) and Agapi mou (My love) will also be featured for the first time.

Fans will also be able to customise their own bottles if they can’t find the nickname they want, by visiting https://shareacoke.coca-cola.com.au/

Says Austin: “We’re really excited to bring Share a Coke back this summer. This year there are more names to choose from than ever before, and we’re looking forward to inviting the faces behind those names to enjoy their 10 seconds of fame on a national stage.”

How to get involved:

1. Record a short, 10-second video ‘shout out’ that clearly and creatively calls out who you want to Share a Coke with and why
2. Remember to include the can or bottle that best describes your mate, neighbour, loved one, barista or bus driver
3. Upload the ‘shout out’ to shoutout.coca-cola.com.au
The new Share a Coke bottles and cans are available now in stores for a limited time or until stocks last. 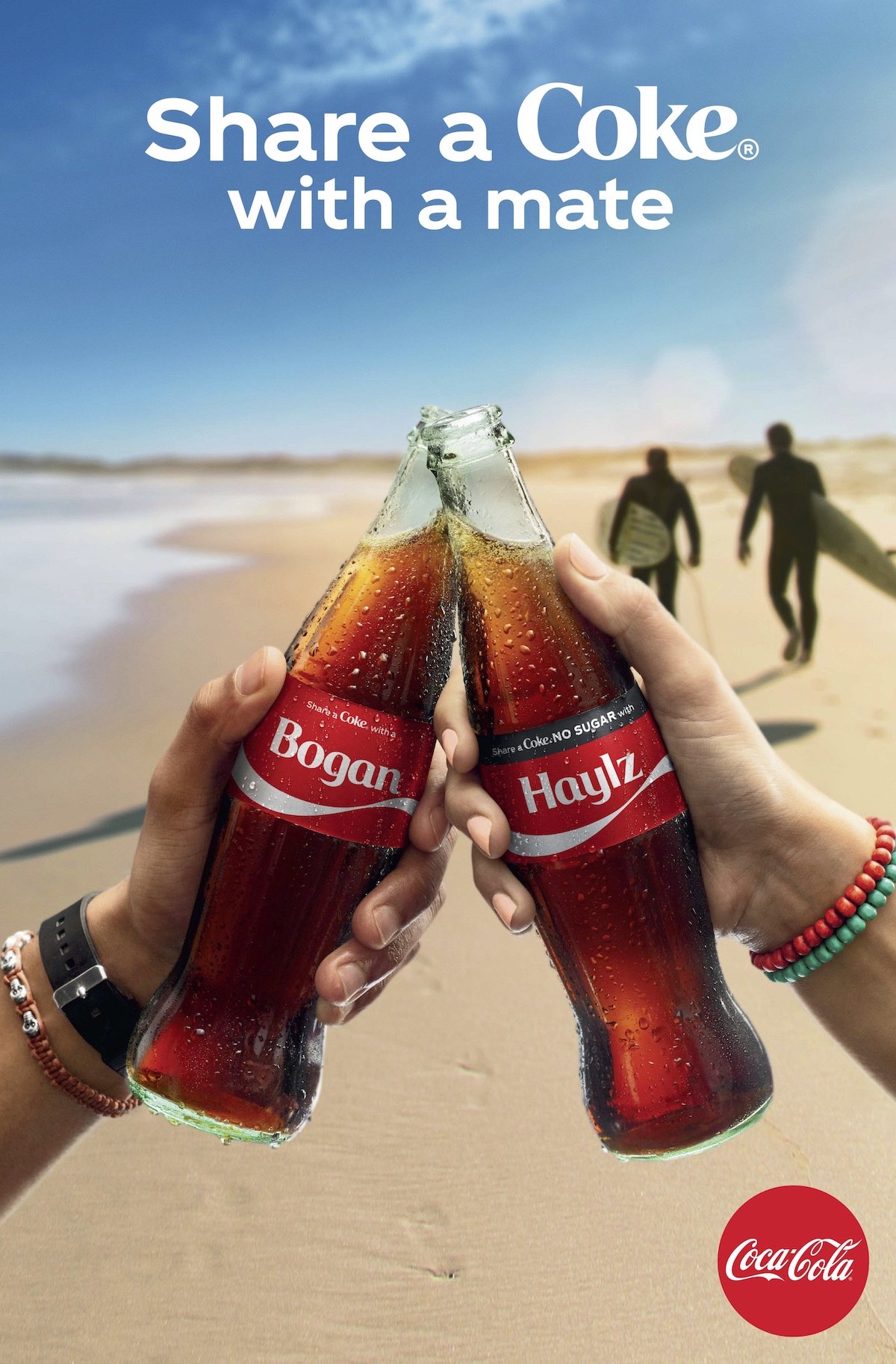 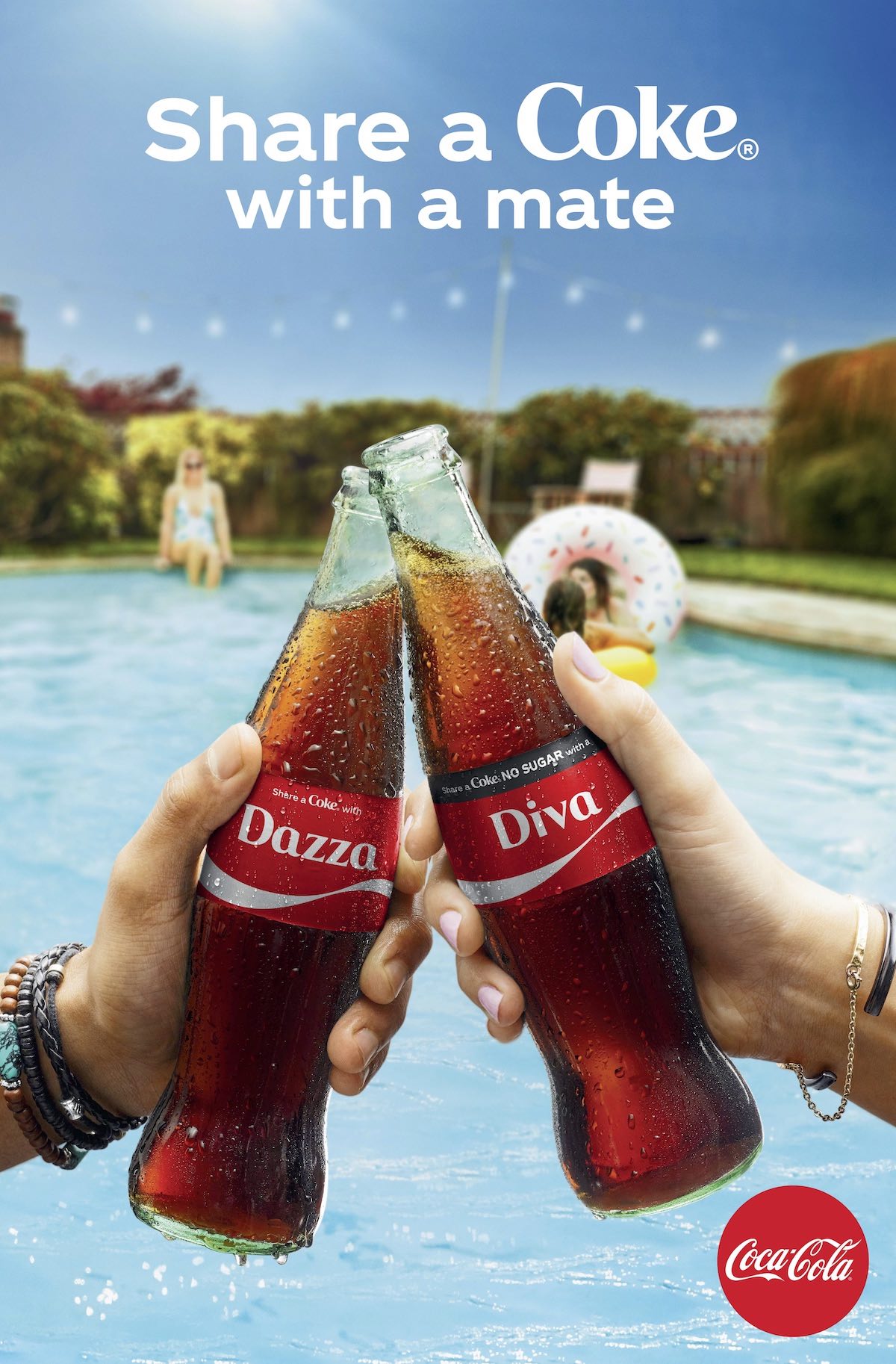