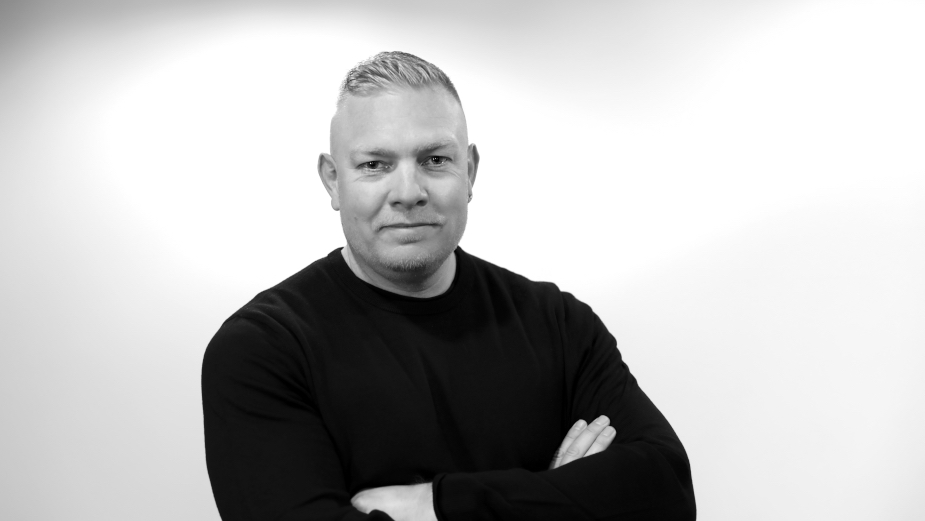 GET SOME NUTS is a tagline so synonymous in the UK that the majority of its citizens will immediately relate it to Snickers. The brains behind those words are Cam Blackley, who wrote them while he was a creative at AMV BBDO in London. On top of being a tagline, Blackley reckons that it offered the brand a new tone of voice that differentiated Snickers work from there on in the UK.

Nowadays as CCO at M&C Saatchi in Australia, the importance of tone of voice is something that he’s picked up during his career across Europe, North America and Australia. He’s passionate that his job presents him with a million different ways to tackle the same problem and the benefits that come from the sharing of ideas.

LBB’s Natasha Patel catches up with Blackley to hear about what he thinks is unique about Australia’s market and why he advises young creatives to get back up after being knocked down.

LBB: When did you decide you wanted to be in the creative industry?

Blackley: Pretty much in high school I gravitated that way. It’s no secret that my dad was in advertising. I was good at art and good at English. Maybe at the time I thought there was more of an opportunity in design as I dabbled with the thought of architecture, graphic design, industrial design, etc. I actually got into industrial design at Monash University but decided to hold out for RMIT [Royal Melbourne Institute of Technology] which I got on my second attempt.

LBB: You’ve worked in London, New York and now Australia, how have you adapted communications for different consumers?

Blackley: Tone of voice. That’s where you succeed or fail in the business from my point of view. It’s not enough to have a great idea if you can’t tailor it for your audience. That’s what I got out of working abroad.

LBB: With that in mind, what is so unique about the Australian market?

Blackley: It’s a small market and therefore most brands feel the need to throw the net wider and not offend anyone in their comms. I think it makes us feel more conservative compared to places like America where you can talk in a more bespoke manner to your target.

Where we benefit is speed to market and getting that muscle memory for creating work, with any luck some great work too. Also, the opportunities for creative people to test their excellence is squarely outside of traditional channels where clients feel a bit more empowered to take a chance.

LBB: What has Covid-19 taught you about the creative industry and how will it impact the way you work going forward?

Blackley: The desire for speed to market needs to be a joint operation.

LBB: When was the first time you did something at work and thought “I’ve made it”?

Blackley: I did a campaign in the UK at AMV BBDO for Snickers. It was a niche brief for a Pro Skate Competition that they were sponsoring. It was the first time where craft, thinking and integration had come together for me. I also wrote the line GET SOME NUTS that I hid throughout all the work – it became the Snickers tagline soon after which was a marked improvement from PLAY ON. But more than a tagline I think it gave them a tone of voice and platform that informed and differentiated Snickers work from there on in the UK.

LBB: Where do you get your motivation from?

Blackley: Surprises. I do the job because every day is different. You can tackle the same problem in a million ways. You can surprise yourself. You can surprise a client with an idea. And, as a CD I love seeing stuff brought to me where I think “how the fuck did that team come up with that”. The more experience you get the more you understand how your own brain works but seeing how different people are wired is fascinating.

LBB: What have you worked on this year that’s stood out?

Blackley: I think it’s unfair to single out executions because each brief has a different degree of difficulty and particular job to do. That said, the Lilydale work we just did was interesting because it didn’t shy away from the idea that Lilydale raises chickens to eat. I haven’t seen that truth tackled before, at least in Australia. I think that’s refreshing. And brave of the client to disrupt what seems like a taboo.

LBB: Throughout your career, what have been the biggest learnings?

Blackley: I became better when I was more open to sharing and building ideas with people. Or just giving ideas away for free. I had this strange sense that the more I gave away the more I would get back in return and the facts prove that, at least for me. One of the many scary CDs I worked for in London had a saying, “There’s plenty of room for credit” – I like it because it takes selfishness out of the equation and makes it about creating the best solutions.