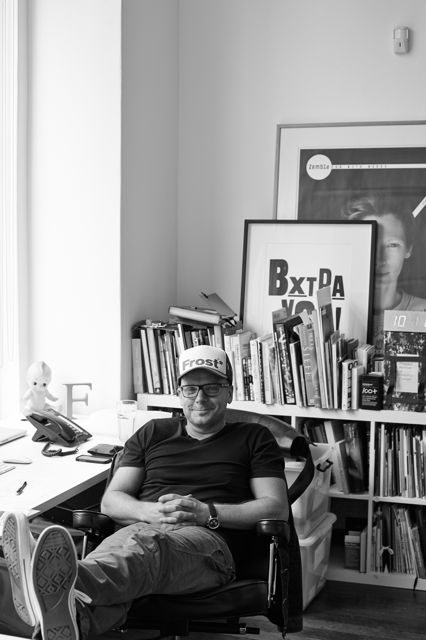 Slated to launch in the second half of the year, the book will be a lifestyle title drawing on Frost’s expertise and global reputation as one of the most recognised designers in the world today.

This will be the second published book from Frost, who designed a 500 page tome called Frost* (sorry trees), to accompany a retrospective exhibition of his graphic design work at the Sydney Opera House in 2006.

The new publishing deal with Penguin will see Frost author a book aimed at a broader consumer market.

Says Frost: “This is an incredibly exciting opportunity. I have always believed that design is a critical aspect of every part of our lives and has the power to be positively transformative. It will be a wonderful challenge to see where these ideas will take me with this book.”

Frost has had a long term, ongoing relationship with Penguin, through projects such as the design of a number of award-winning cookbooks and the development of the brand and website for the Penguin Lantern lifestyle imprint.

Publisher Julie Gibbs is expecting great things from the deal with Frost.

Says Gibbs: “I’ve worked with Vince for many years and he is a unique and inspirational talent. There is a great deal of interest in Australia and abroad in both his work and his perspective and Vince is passionate, insightful and illuminating. I know he’ll produce a book that is really dynamic.”

In the early 1990’s Frost became the youngest ever associate director at London’s famous Pentagram studio, before setting up his own London business, Frost* Design. In 2004, lured by the lifestyle, Frost made the move to Sydney where today he runs an agency of 40 people.

An executive committee member of D&AD (Design and Art Directors, London), a member of the AGI (Alliance Graphique Internationale, Switzerland), and an Honorary Fellow of the ISTD (International Society of Typographic Designers, London), Frost plays an active role in the global design community. Many awards have come his way, including D&AD silvers, golds from the New York Society of Publication Designers, gongs from the New York and Tokyo Art Directors’ Clubs and awards from the Society of Environmental Graphic Design.