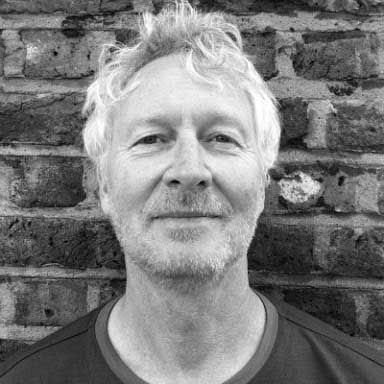 The Australian ad industry will be shocked to hear of the tragic death of Australian creative director Neil Lawrence, who has died aged 60 while on a surfing holiday with his son in the Maldives.

Lawrence was diving yesterday afternoon when he surfaced unconscious and could not be resuscitated.

It was at Y&R where, under Lawrence, hot creative team Jonathan Kneebone and Dave Johnson created the infamous UV sunscreen campaign that featured a bunch of black guys gently mocking their white counterparts for their lack of melanin – a campaign that was controversially pulled by Colgate in the US. The pair went on to found Australia’s world-famous The Glue Society.  Other multi-awarded work under Lawrence at the time included campaigns for Yogo, H&R Block, Foxtel, Rayban and Jaffle Mates.

After Y&R Lawrence joined forces with Scott Whybin to launch Whybin Lawrence\TBWA, Sydney, in 1997 which was an immediate success, winning Agency of the Year titles from B&T and AdNews over the next few years.

More recently he had his own business, Lawrence Creative Strategy, which helped Kevin Rudd into power with the Kevin 07 campaign, and in 2009 returned the Queensland State Government to a fifth term, with the nation’s first directly elected female Premier. 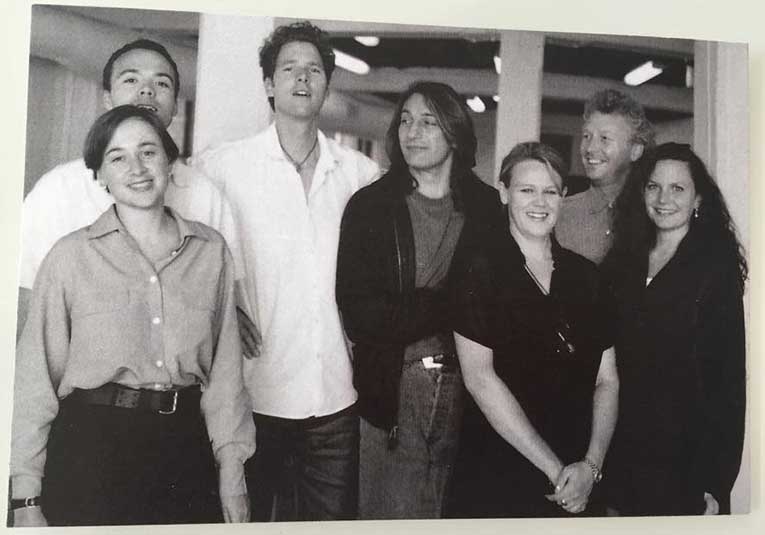 Lawrence generated an audience of 6 million viewers in one night – for ‘An Address to the Nation’ concerning the future of Aboriginal employment, for Generation One, and developed the “This is our story” campaign for the Minerals Council of Australia, communicating the benefits that mining brings to the nation through fifteen remarkable stories.

Former Y&R colleague Jonathan Kneebone, now partner at The Glue Society, told CB: “This is such an extraordinary shock. I think many of us in the industry owe an enormous amount to Neil. From my own perspective, he gathered together this incredibly diverse collection of people at Y&R in the late 90s and inspired an amazingly creative and supportive atmosphere where we suddenly all felt capable of doing work which could get global attention. The confidence we took from his lead gave us all permission to break the rules and simply go for it. It was liberating, inspiring and unforgettable. 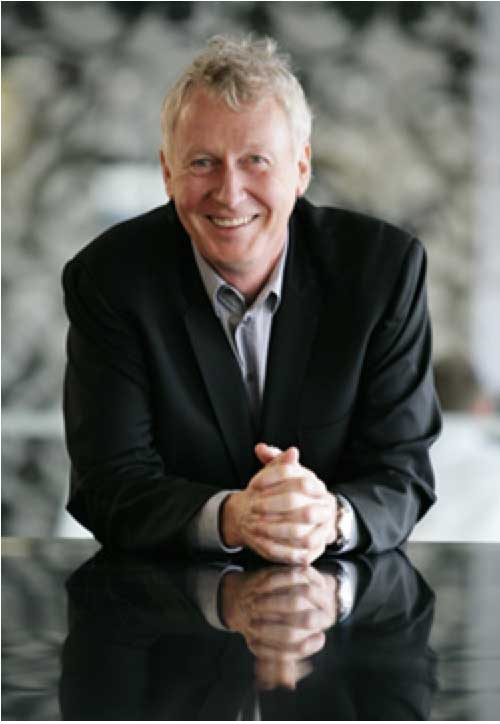 “His success has continued way beyond those years of course, but I think all of us who were there at the time will feel that this was a special time. And we all have Neil to thank for making it so. This is very sad news indeed.”

Adds top Australian film and commercials director Tony Williams: “Neil was one of the true gentlemen in Australian advertising. He had a wonderful caring personality and was passionate about all the richness of life. He had become a special friend to me when visiting his property in the Southern Highlands and loved to drop in bringing gifts of his latest cuisine efforts. I shall miss him so very very much.”

Says adman David Morris: “Neil was one of the few of us whose work touched people outside advertising. He didn’t use his work to get attention for himself. His campagns did the work for him. Labor (Kevin 07), Anti Mining Tax “Respect” campaign for aborigines. He understood politics and business better than anyone I’ve met in agencies and he made campaigns that made us think. Clients liked to work with him because he was real, and honest, and had conviction. He spoke with understanding and honesty and insight.

“I often used to see him in his green Land Rover in Robertson, and he would always do a u-turn and stop to have a chat. He loved his retreat and his family and his life. He truly believed in what he did – and always seemed convinced of the power of an idea that would help change our minds – he always believed for the better. I’m sorry he’s gone. He was one of the good guys who always tried to do some good in everything he tackled.”

Lawrence is survived by his wife Caroline, daughter Anna and son Tom. 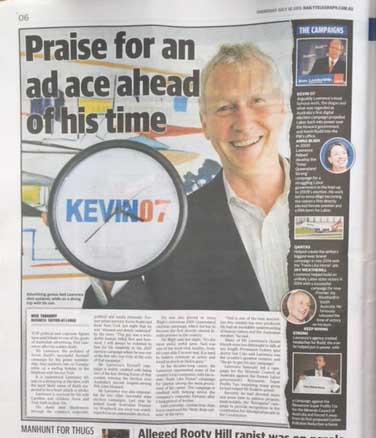 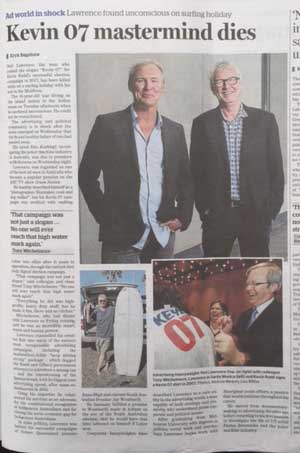 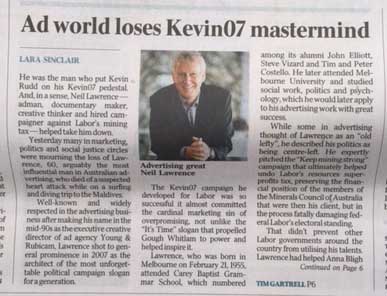 UPDATE: Such was the regard for Neil in political circles and the public at large via his appearances on TV programmes such as Gruen Transfer and Gruen Nation his untimely death was covered by the mainstream media last night and in today’s papers – an honour only a handful of advertising people would hope to achieve.