Hyundai has unveiled its new Venue SUV in latest ‘Fits In Anywhere, Stand Out Everywhere’ campaign via Innocean Australia.

The cheeky integrated campaign highlights the stylish attributes of Hyundai’s new entry-level vehicle, including its ability to look good whilst squeezing into tight and unexpected spaces.

Promoting a car that is small in stature yet makes a big design statement, the campaign aims to appeal to an audience who appreciates standout design.

Directed by Tim & Joe from Revolver/ Will O’Rourke, ‘Fits In Anywhere. Stands Out Everywhere’ is set to run across television broadcast, digital, social and point of sale.

Says Bill Thomas, director of marketing, Hyundai Australia: “Venue is our smallest vehicle yet all the styling cues make it look a lot bigger. We needed a campaign that positioned it correctly as a compact vehicle yet delivered on its big personality. Everyone’s delighted with the outcome.”

Says Steve Jackson, executive creative director, Innocean Australia: “Not much to say on this one. I liked the script. I like the ad better! Sometimes it’s that simple, right? We just defined the car’s superpowers and then let the directors do what they do best. I think they nailed it, hope you agree.” 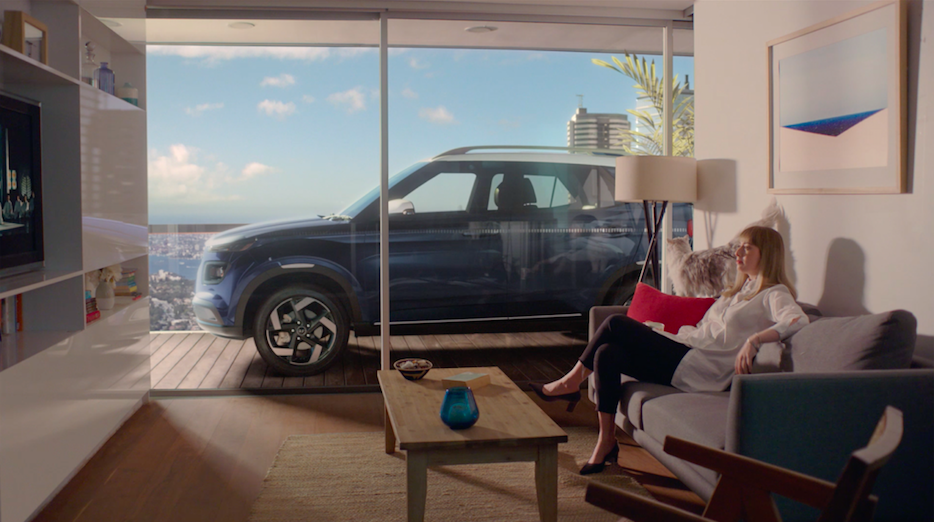 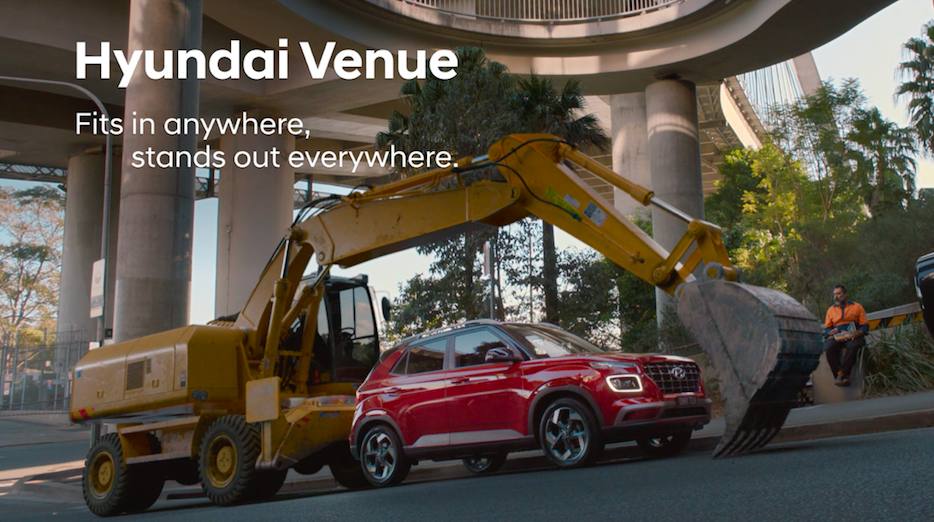