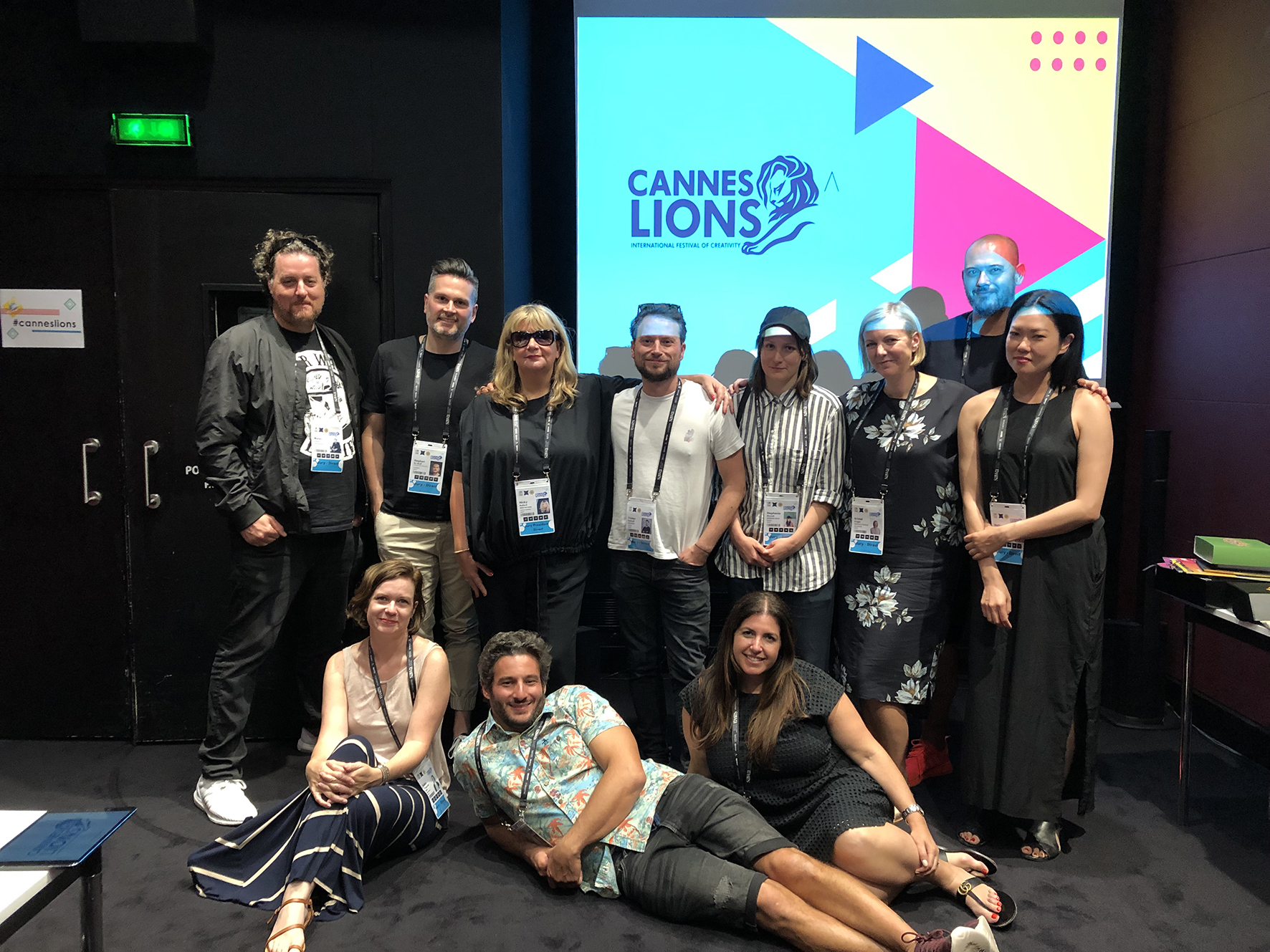 Stephen de Wolf, executive creative director at Clemenger BBDO Melbourne is representing Australia on the Cannes Direct Lions. de Wolf, along with most of the other Australian and NZ jurors writes exclusively for CB.

The last of my judging duties, ‘The Inside the Jury Room Presentation’, is done. Standing in front of the room it was made clear by the attendees reactions to the results, our jury had curated a compelling and strong list of Direct Lions.

I’ll take you back two days to the final day of judging. It was the earliest start we’d had, but we did have a job to do. That job… awarding metal.

Being locked in a room for four days, it’s easy to forget where you are. Cannes. The show that immortalises the best work of the year and sets the bar for the year ahead. As a jury we had that top of mind. Nicky Bullard, our president, reminded us again of what we believed defined the direct category; do you know me?, does the work move me?, did you make me do something? and can you prove I did it? Then, we reminded ourselves of the Direct Lions voting criteria; 30% idea, 20% strategy, 20% execution, 30% impact and results.

After our phones were locked away for the last time, we started awarding the Bronzes. Believe it or not, this was the point at which we had the most conversation and healthy debate. It makes sense, because moving to a Bronze means you are in the position to be considered again for Silver and then potentially Gold. After several hours we had our Bronze list. Anyone who won a Bronze Lion in direct this year should be proud of themselves. It’s only after being in the jury room you realise how hard winning any lion truly is.

From Bronze we went to Silver, and Silver to Gold.

It was well into the night now. We’d awarded 24 Bronze, 12 Silver and 6 Gold. One of these Golds was about to become our Grand Prix. We voted and our vote was unanimous. This year we awarded our Grand Prix to Burger King’s ‘Whopper Detour’ campaign. The idea directed McDonald’s customers to the nearest Burger King with the promise of a burger for a penny. The campaign rebooted Burger King’s mobile app. The agency geofenced all 14,000 McDonald’s locations in the U.S. When app users came within 600 feet of a McDonald’s, they were served an offer for a Whopper for 1 cent, provided that they travelled to the nearest Burger King to get it – the app provided convenient directions. To the jury it was brilliant for many reasons, but crucially it was the greatest example of what modern direct can be.

I’m typing this final diary as a number of the 11 direct jurors have begun to leave Cannes. While Cannes is about celebrating the best of creativity, this year it was something more. 11 jurors who had never met, came together from all over the world to judge direct. Today, I can honestly say 11 jurors finish this festival as great friends. That’s what makes Cannes Lions so unique. Amazing minds from all over the world, in one place, for one week, for one reason… creativity.