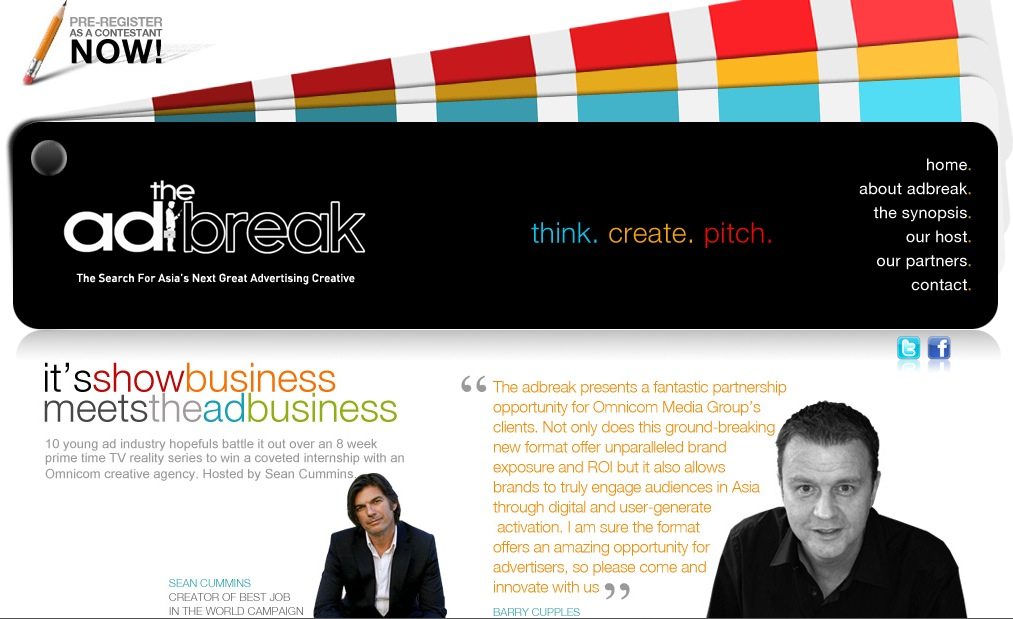 On Friday, Sean Cummins goes public with details of his new advertising venture – but he’s also gearing up to host an eight-week prime time TV reality series to be broadcast on Asian cable channel, AXN.

Called The AdBreak, it sees 10 young ad industry hopefuls battle it out for an internship with an Omnicom creative agency.

The AdBreak site promotes Cummins as the founder of Cummins & Partners, and – interestingly – the creator of the Queensland Tourism ‘Best Job in the World’, the world’s most awarded campaign ever (which was of course created by CumminsNitro, Brisbane – now SapientNitro). He’s been taking a break from the industry for the past year after selling his agency to SapientNitro. 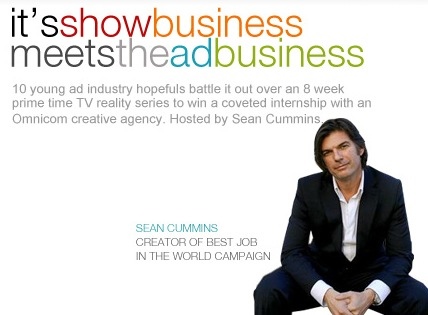 Pitched as ‘The Apprentice of the Advertising Industry’ it has two teams of creative wannabes battling it out to solve advertising briefs to win the internship as well as colour pieces with industry gurus revealing “the good, the bad, and the downright ugly in the world of advertising”.

Home viewers are invited to script, shoot and upload their own TV commercials for one of the brand partner’s products for the chance to win a grand prize of US$50,000.

The Grand Prize will be announced during episode 8 as voted by the home audience.

“The hardest thing about advertising is actually breaking into it. Because its so hard to know people’s abilities just by judging an art folio, or a TV reel. You don’t know how they are as creative people. Are they moody, quiet, surly? Are they Divas? Are they precious?,” says Cummins in an interview with Ice-TV.

“I think a show that exposes the types of people that make up the creative department is a fascinating opportunity to create compelling television.”

Australia’s The Gruen Transfer, [which Cummins auditioned for], has been a ratings sensation for the ABC and the format has recently been sold to an international distributor.