Resolution harnesses the power of possibility 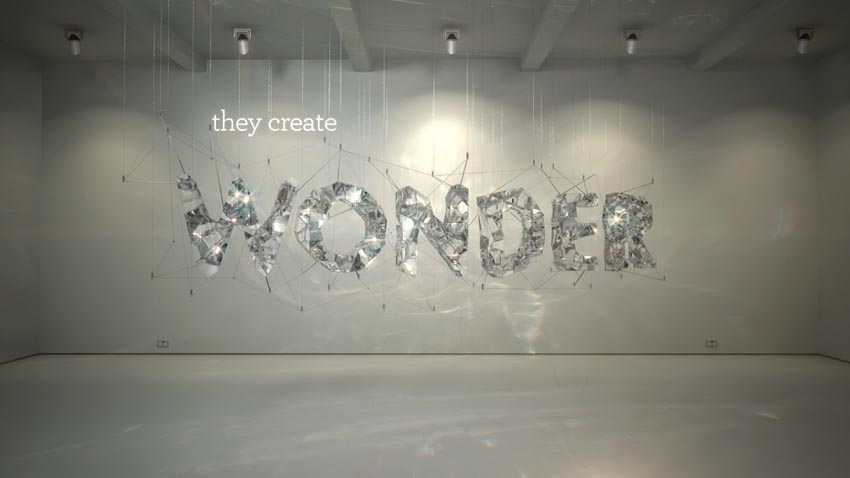 Relaunching the AMP brand to the Australian public with an inventive, graphic 90-second spot, Resolution has brought to life a campaign that takes typography and design to a heightened level of sophistication.

Airing for one week on free to air channels and for the first time on last night, the TVC takes viewers on a type driven journey by utilizing a varied palette of design imagery, 2D and 3D graphics, along with hand crafted typography.

Titled “Possibilities”, the latest animated commercial aims to inspire audiences to join the AMP brand on a stimulating visual narrative that informs viewers of the bank’s promise to help turn its customers’ dreams into a reality.

The spot highlights AMP’s lending history, which includes its financial support to visionary ventures such as the construction and development of Sydney Harbour Tunnel , Sydney’s Centrepoint Tower and the city’s very first skyscraper, demonstrating that any vision — great or small — is achievable.

The campaign, via Sydney-based creative agency Banjo, is made up of a number of scripts along with an emotive score completed by Elliot Wheeler of Turning Studios, Sydney. No voiceover is used, allowing for the scripted typography to take centre stage and guide the viewer through the key campaign messaging.

“We also had a team of high-end 2D and 3D designers on board the 8 week project. It’s a

The overall vision is seeded in the creation of a highly engaging, memorable and readable

backdrop instead of going with a pure graphics-based design,” says Dyroff.

‘possibilities’ along with light reflecting off a crystal to represent the word ‘wonder’.

“We definitely steered away from a kinetic typography as we felt it was no longer a fresh approach. Instead, we went for an un-corporate execution grounded in the art space to create a tone that is ultimately a great fit for the AMP brand.”

Banjo senior creative Sean Larkin states that both the agency and client were impressed with the TVC production results. “Tim Dyroff was very prolific in generating hundreds of typography ideas and references,” says Larkin.

“We wanted the typography to have a ‘smile in the mind’ quality – with a clever relevance between it (the type design) and the message,” he adds.