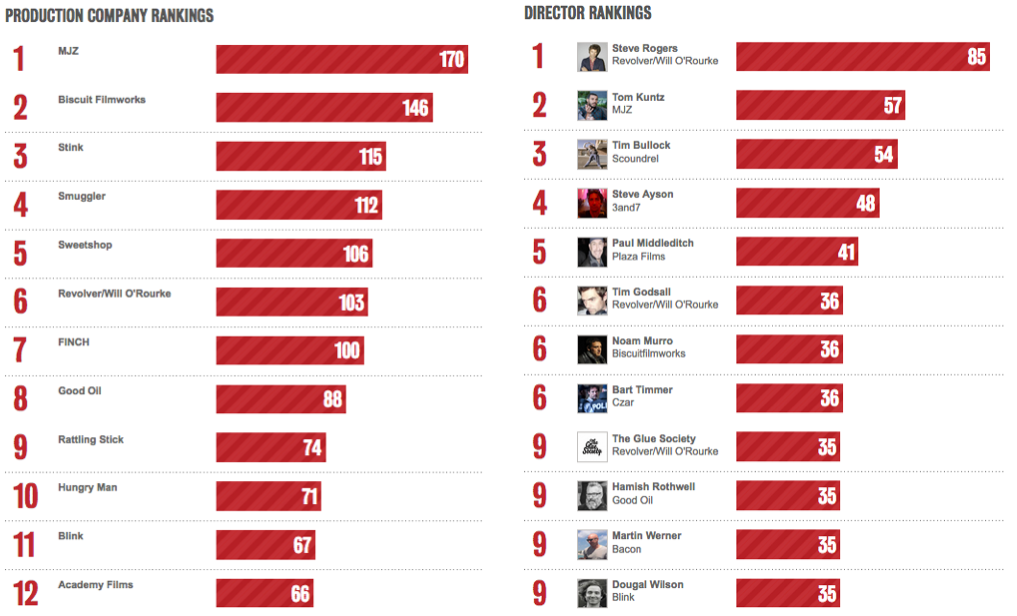 Steve Rogers from Revolver/Will O’Rourke has ranked #1 director globally, dominating the Bestads TVC director pack on 85 points. Tom Kuntz from MJZ is at #2 with 57 points, followed closely by Tim Bullock from Scoundrel at #3 on 54 points. Director Steve Ayson from 3and7 is #4 with 48 points and Paul Middleditch from Plaza Films is #5 with 41 points.