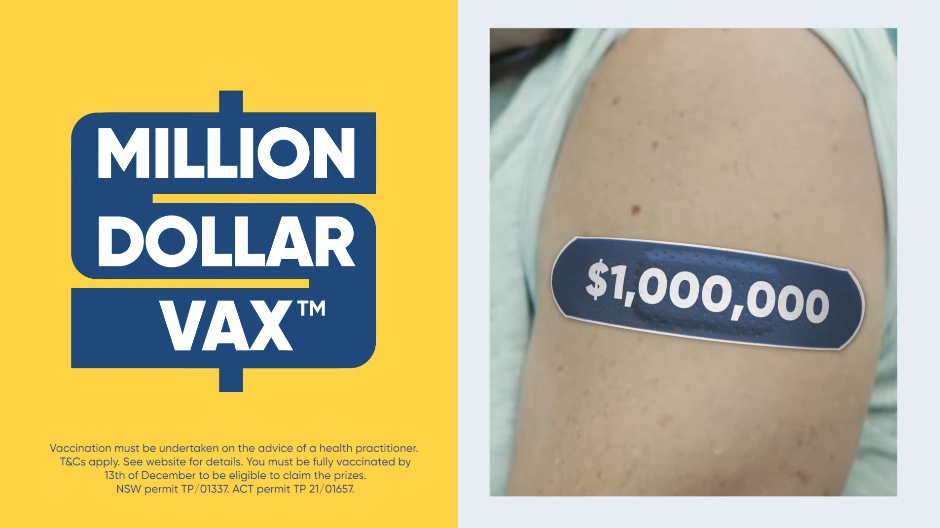 Million Dollar Vax is one of a range of strategies that is seeing parts of Australia on track to have some of the highest vaccination rates in the world.

Vaccination rates continue to climb across Australia with over two million people registered with Million Dollar Vax and less than a week to go.

The Million Dollar Vax campaign, which launched earlier this month, overseen by Sayers Group and agency partners, Big Red (creative), PHD Melbourne (paid media) and Bastion Amplify (PR and social), has set a new Australian record with the largest number of unique entries received in a competition over a three week period.

Pleasingly, entries from some of the lower vaccinated states have increased throughout the campaign with entries from 41 of the top 50 postcodes in the last week coming from Queensland, Western Australia and South Australia.

Says Craig Winkler of the Million Dollar Vax Alliance: “We are delighted with the way Australia has embraced the campaign and the positive impact it has had in lifting the national vaccination rate. The most encouraging element has been the late entry increase from states such as South Australia, Queensland and Western Australia.

“We hope our targeted marketing initiatives in these regions helps to maintain the momentum throughout the final days of the campaign and those who have made the decision to be vaccinated do so now rather than delaying.”

All Australians aged 18 and over who have at least one COVID-19 vaccination by October 31 are eligible to enter the Million Dollar Vax. Entry can be made at www.milliondollarvax.com.