Every single near miss has an impact. Close calls take a huge toll on train drivers and those who narrowly miss death. This video tells their story. Today marks the start of Rail Safety Week. Please stay safe around trains and cross with care – Kia tūpato te whakawhiti Visit nearmisses.co.nz to learn more #railSAFE

For Rail Safety Week DDB New Zealand, KiwiRail and TrackSAFE NZ are building on the success of last year’s award-winning “Near Miss Memorials” with a new campaign to reinforce the impact near misses have on Kiwi train drivers.

The successful 2019 campaign, which scooped 14 Axis Awards and four AWARDS, saw half crosses installed at rail crossings around New Zealand where near misses had occurred, each with a QR code linking to a unique video of a real near miss and personal story of how it impacted the train driver. The symbol of a half cross represents just how close each near miss could have been to a fatality.

This year’s campaign delves deeper into the psychological impact near misses have on Kiwi train drivers with Locomotive Engineer, Fletcher Goldsworthy, taking viewers through every moment of one of the near misses he has experienced at Simla Crescent Station in Wellington.

The campaign follows shocking statistics revealing trespassing, near misses, collisions and other incidents on rail lines caused by the public continue to be an issue for train drivers with fatalities causing deep and lasting trauma.

There were 323 near misses recorded between June 2019 and June 2020, despite two months of lockdown with no trains running and all crossings featuring some form of protection, including flashing lights, warning bells, barrier arms, gates and signage.

Local near miss numbers for the last 12 months will be brought to life in OOH sites across three regions to talk to local audiences, while the realities of near miss incidents are brought to life for Aucklanders through an installation at Takutai Square in Britomart. 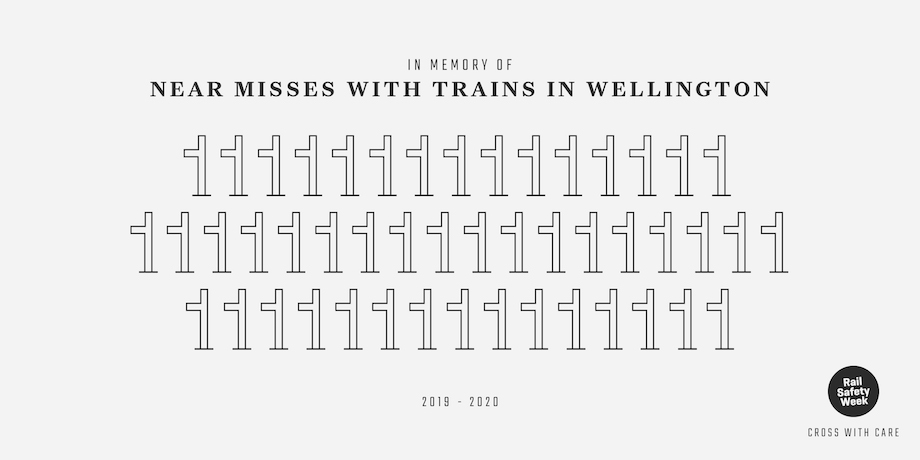 Says Damon Stapleton, DDB AU/NZ regional chief creative officer: “We wanted to build on the success of last year’s campaign by using the powerful symbol of our near miss memorials and Fletcher’s story to emphasise how the reckless behaviour of trying to beat the train can have a significant and lasting impact on the rail community.”

Says Megan Drayton, foundation manager, TrackSAFE: “One thing we learnt from the previous campaign was how effective turning the focus to those inside the train was in helping the public understand the effect this has on the train drivers. Fletcher’s story is touching but not unique, which is why we need to continue encouraging people to change their behaviour and avoid taking unnecessary risks at level crossings.”

The campaign rolls out this week across social, web, print, OOH, radio and a near miss memorial installation at Auckland Central’s Britomart. 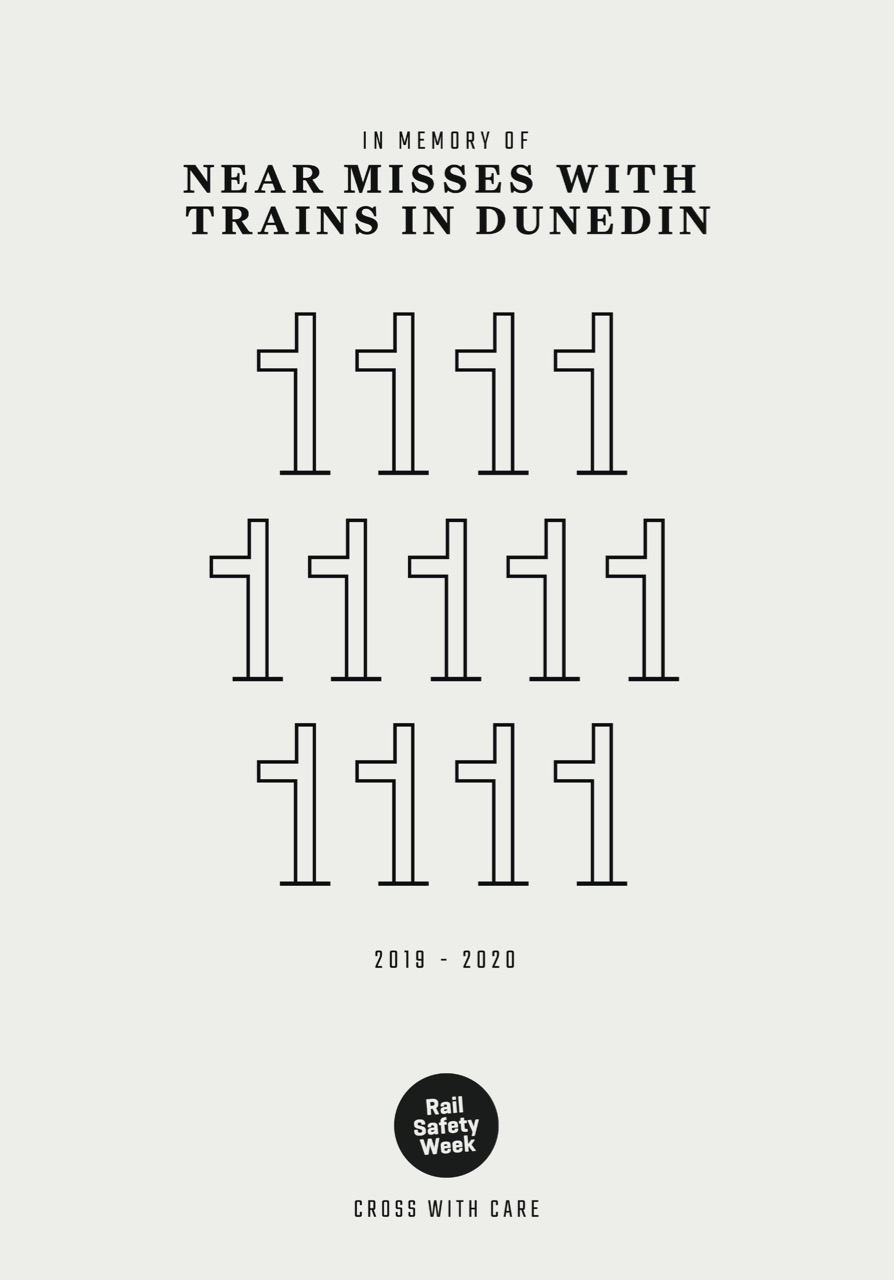 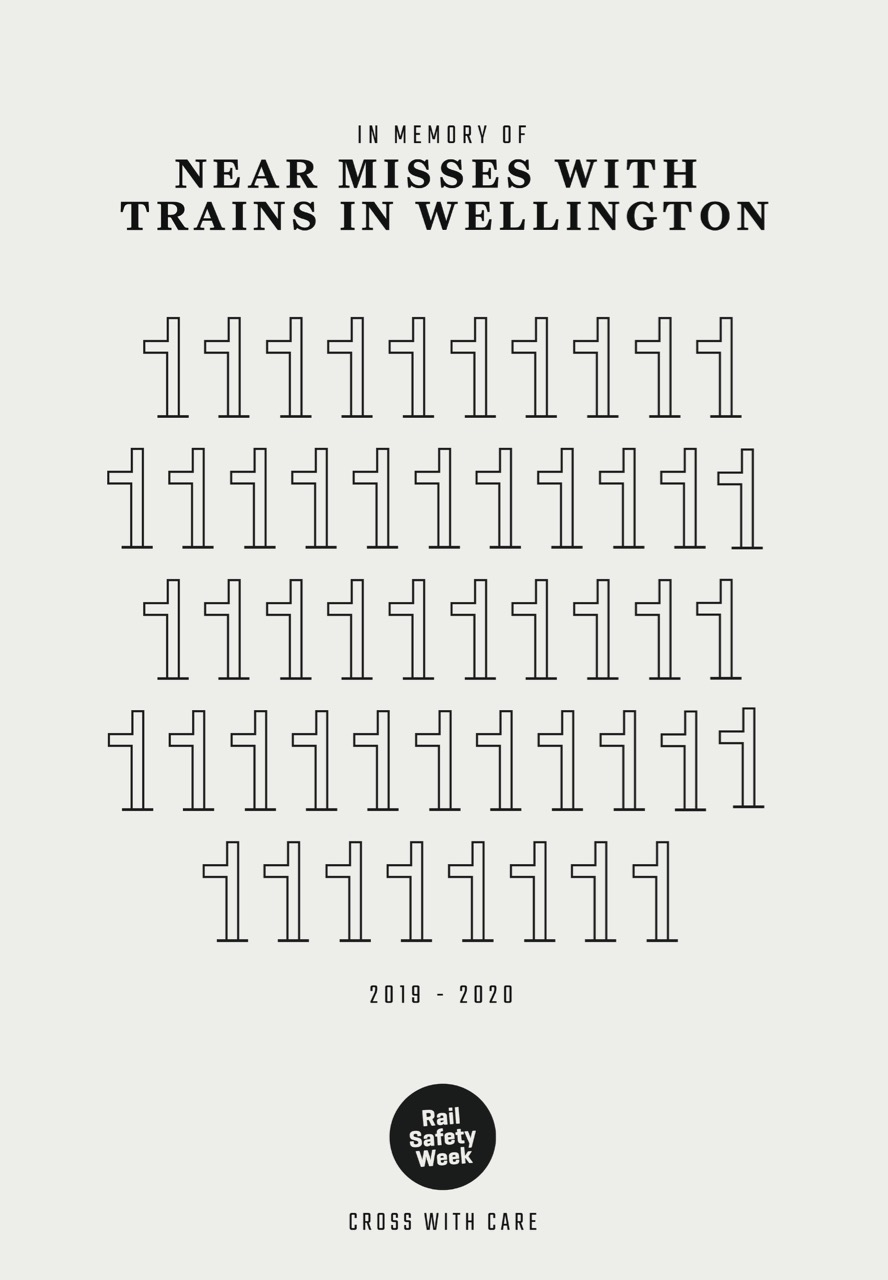