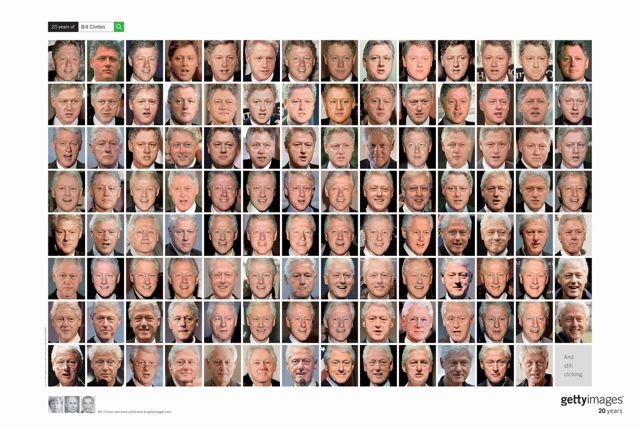 Getty Images marks its 20th year of operations in 2015 as one of the most important image databases in the world. To celebrate, Getty has launched a campaign via AlmapBBDO, with a simple and objective message: these are ads in which the passage of these 20 years of work is shown in the effect of time, year by year, on the faces of four international celebrities – Bill Clinton, former president of the United States, tennis player Serena Williams, actress Scarlett Johansson, and Prince William of England. 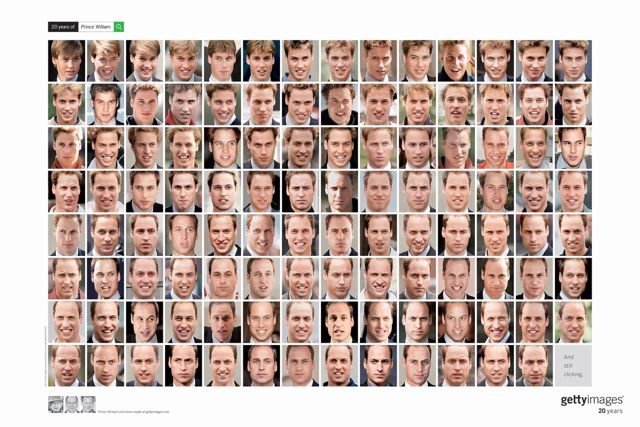 The goal of the campaign is to emphasize Getty Images’ efforts to remain relevant and up-to-date over the course of two decades, acting in dynamic markets such as in publishing (newspapers, magazines, books, and websites), and the corporate world, advertising, and television (spots, shows). All the photos are, of course, from 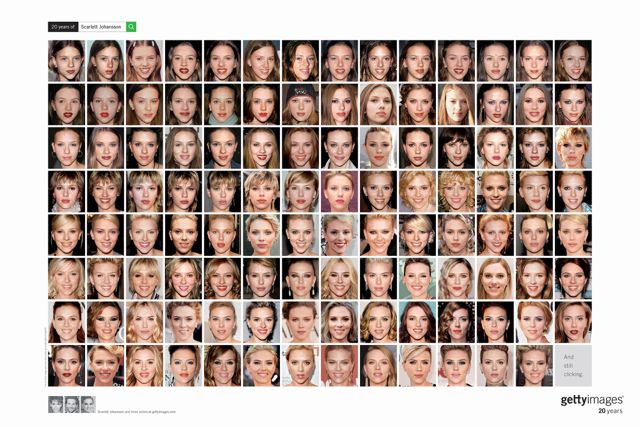 Getty Images’ archive. To create this campaign, the agency dove into the image database and, using available images, year by year, documented not only the physical changes wrought by time on these celebrities, but also their journeys, their work, their clothing, and even their haircuts. Placed side by side, the results are surprising.

Each celebrity had a 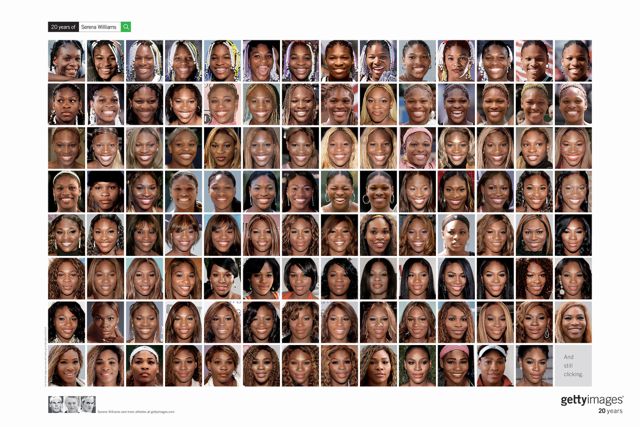 massive archive of images. Clinton, for example, had 32,246 photos at the time the campaign was put together. Once the photos were chosen, they were arranged chronologically, allowing readers to follow the transformations in each of the four figures.

Says Renata Simões, marketing and content manager at Getty Images in Brazil: “The idea of depicting the passage of those 20 years through the images of globally relevant celebrities gave us the opportunity to not only observe the changes they underwent, but also provided a creative glimpse at what was going on in the world during that time, with the certainty that we were present during all the important moments across these two decades.”