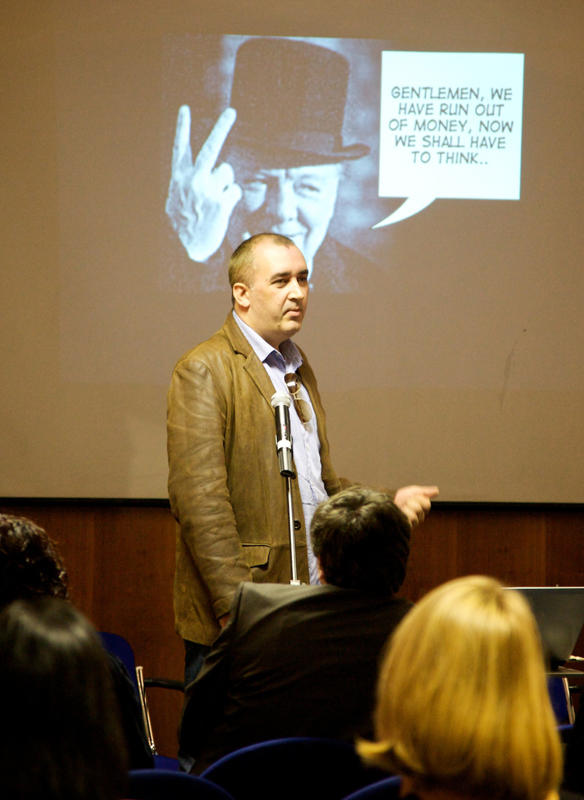 Pritchard joins from Geronimo in London and during his career in digital has developed award-winning innovation in interactive media and online and digital marketing for clients such as Daimler-Chrysler, Microsoft XBox 360, Coca-Cola, Orange, COI, Diagio, GSK and Shell.

He was one the original members of Weapon 7, a leading digital agency that has won many creative and strategic awards, including D&AD and FSA Effectiveness awards and a BAFTA nomination for the world’s first interactive music video. While at Weapon 7, he created the digital TV launch of Xbox 360, which resulted in 1.9 million unique interactions with the campaign – the largest participation in UK interactive advertising history.

He has also been creative director at Littlewoods Gaming and BSkyB inthe UK, where he designed and built gaming platforms, bettingprogrammes and interactive mobile phone services.

Pritchardwill be in charge of digital and interactive leadership for ClemengerBBDO and Clemenger Proximity Melbourne, incorporating all his talents:strategic direction, concept development, educational development andtrend spotting.

Clemenger BBDO Melbourne managing director Peter Biggs says Eaon’sappointment was the culmination of a global search to bring the world’sbest talent to Melbourne: “There literally was no one else with hisbreadth and depth of talents. This is what the agency of the futurelooks like and having Eaon on board is a game-changing move forClemenger BBDO and Clemenger Proximity Melbourne,” Biggs said.

Pritchardsays his new role almost defies categorisation and requires him to bepart strategist, part creative and part suit. “Digital doesn’t exist inisolation. It’s more like a content ecosystem with everything connectedto everything else,” he said.

Biggs agrees: “Clemenger BBDO andClemenger Proximity Melbourne already have some of Australia’s topdigital capabilities and I think our internationally award-winning worktestifies to that. Adding Eaon to the mix elevates our ability to putour clients at the forefront of one of the most exciting times in thehistory of human communication – the infiltration of digital media intojust about all aspects of consumers’ lives,” he said.

In a pastlife, Pritchard was a punk rocker and co-founded three techno-funkrecord labels. He has also worked as a journalist and an illustrator.