The new Dulux Jelly Beans campaign, ‘Spring Into It’ via Channel T, is inviting Australians to launch into their home rejuvenation this Spring – led by the iconic Dulux Dog, and a few new fluffy faces.

Says Paul Murphy, Dulux decorative marketing manager, Dulux: “Leveraging your distinctive assets is critical for any brand. The challenge comes in keeping them fresh & relevant. The new Spring Into It campaign brings together the Dulux dog and Jelly Beans in a unique and colourful way.”

When customers buy 8L of Dulux Paint they receive a tin of Dulux Jelly Beans, which includes 1 of 5 limited edition Dulux Puppy soft toys, each named after a real Dulux puppy. People can engage further by discovering their Dulux puppy stories through videos on the website and on social media, as well as having the chance to meet the Dulux Dog instore.

On top of this, every purchase supports Dulux in its donation of $140,000 to help build a new animal hospital for Second Chance Animal Rescue.

Says Pete Cerny, executive creative director, Channel T: “You cannot beat the love and affection we all have for the Dulux Dog. And having recently given birth to a litter of incredibly loveable Dulux puppies, it was the perfect opportunity to create buzz for the brand, and conversion in-store.” 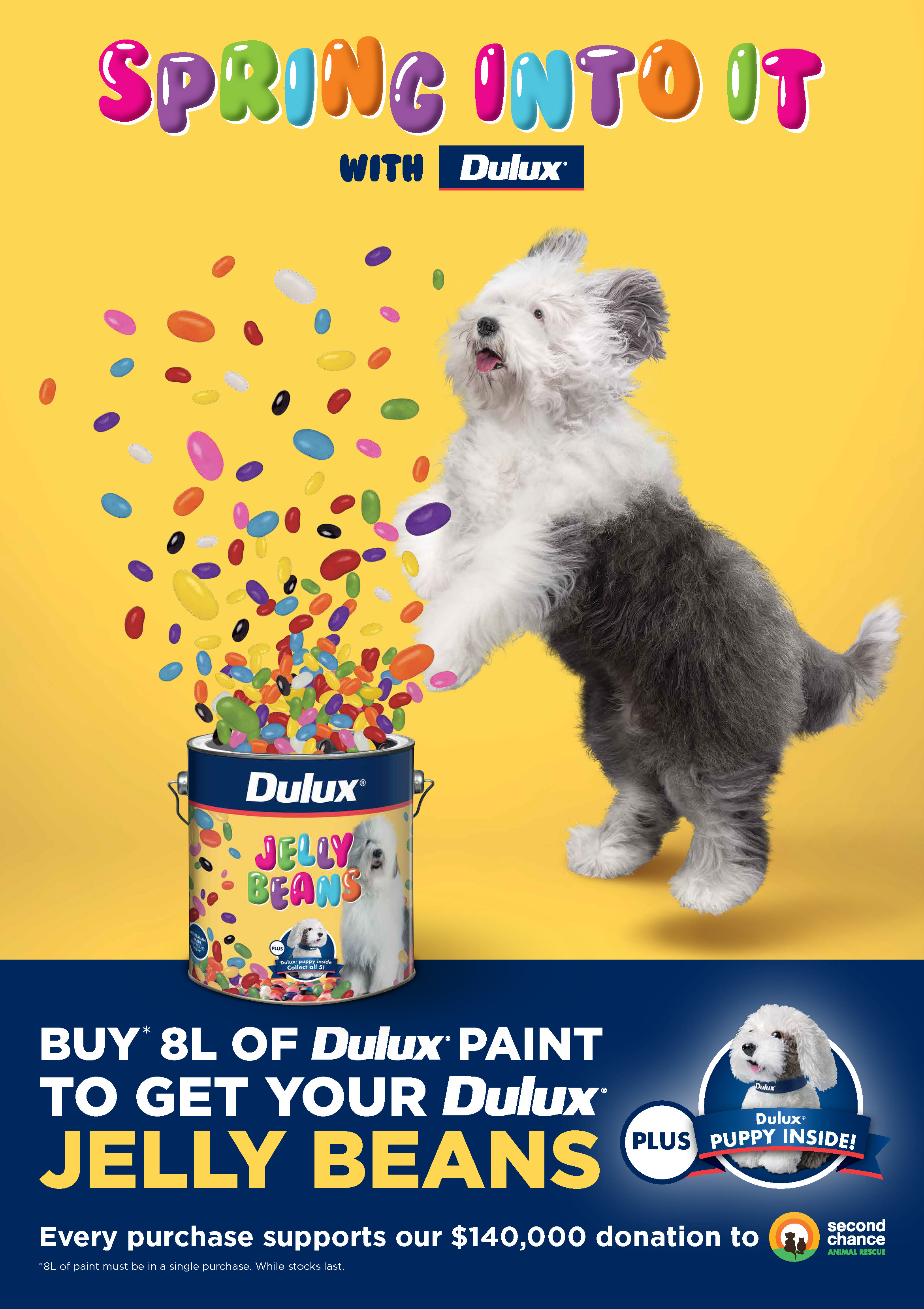