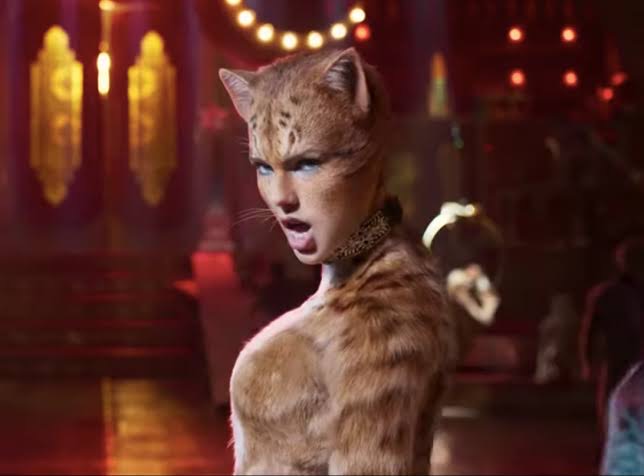 “It’s the possibility that keeps me going, not the guarantee.” – Nicholas Sparks. The Notebook

40 million dollars is a lot of money. That is the loss Cats is expected to make. It is a re-occurring event in film. A sure fire winner that fails. In 1980, one of cinema’s biggest box-office flops, Michael Cimino’s Heaven’s Gate lost 37 million dollars which today would be equivalent to 144 million dollars. Both had fantastic directors, many smart people looking at every detail, a great script, a stellar cast and plenty of budget. Yet, they both failed. Ask yourself why?

I am sure there were meetings where somebody said we have the Academy Award winning director of The King’s Speech, Dame Judy Dench and Idris Elba, this is a guaranteed hit. But it wasn’t.

Whenever I hear the word guarantee anywhere near creativity my spidey-senses go off. Guarantee implies a fixed ending or answer that negates the most important part of creativity. Being open to other possibilities. Being able to say something is a shit idea or trying something in a different way. Being able to play. Without that special ingredient, you can have all the so called right ingredients and still create a terrible meal. Ingredients (or film stars in this case) are the beginning. What happens to those ingredients in the kitchen is where guarantees die and triumph as well as the occasional tragedy is born.

While I was thinking about this, my friend Jason Lonsdale sent me this clip of John Cleese talking about the secret to creativity.

The thing I find most striking is his comment about IQ and creative ability being unrelated. You can be an intellectual genius but creative ability happens outside of that. In other words, there is the structure, logic and process which happens in a timeous manner. However, creativity does not. It is something you access through being able to play. But playing under immense pressure is a special skill, it’s a bit like having fun underwater.

What this sets up is the great conundrum of commercial artistry. On the one hand, you have commercial imperatives, budgets and an expected outcome. Pressure. On the other hand, to reach any of these very serious goals, you have to be able to have fun and do what is counter-intuitive. Play. So, what you have is this great tension between the destination and the journey to get there. The great mistake many are making is thinking you can get to the destination without the journey. All I will say is, if you cut enough corners you end up making something smooth, dull and flat. Something that has no edges. Something nobody notices. No matter how many of them you make.

I am often asked why so many ads are shit. And by shit, people either mean boring, vanilla invisible work or something like the colour by numbers Pepsi/Kardashian ad. The simple answer is when pressure stops the creative process from unfolding, you will invariably get something average. There is also normally a large dollop of fear involved. Fear and creativity are not great friends. Or, the process becomes about closing down choices as opposed to being open to possibilities. Lastly, pressure and lack of time also robs you of one other very important lifeboat. Craft.

The day before the premiere of Cats, last minute edits were being made. Even so, you could see Dame Judy Dench’s hand and wedding ring in some of the scenes of a 100 million dollar movie. That says to me process and pressure won over quality.

There is an old line in advertising that goes, I don’t make deadlines, I make ads. It is of course rubbish. We always make deadlines. Otherwise, there is no ad. In our business, time is always the enemy. It always has been. And as the world gets faster, creatives will have less and less of it.

With them, you can have fun underwater.

Without them, more cats will drown.