Bruno gets brunoed – courtesy of Nando’s 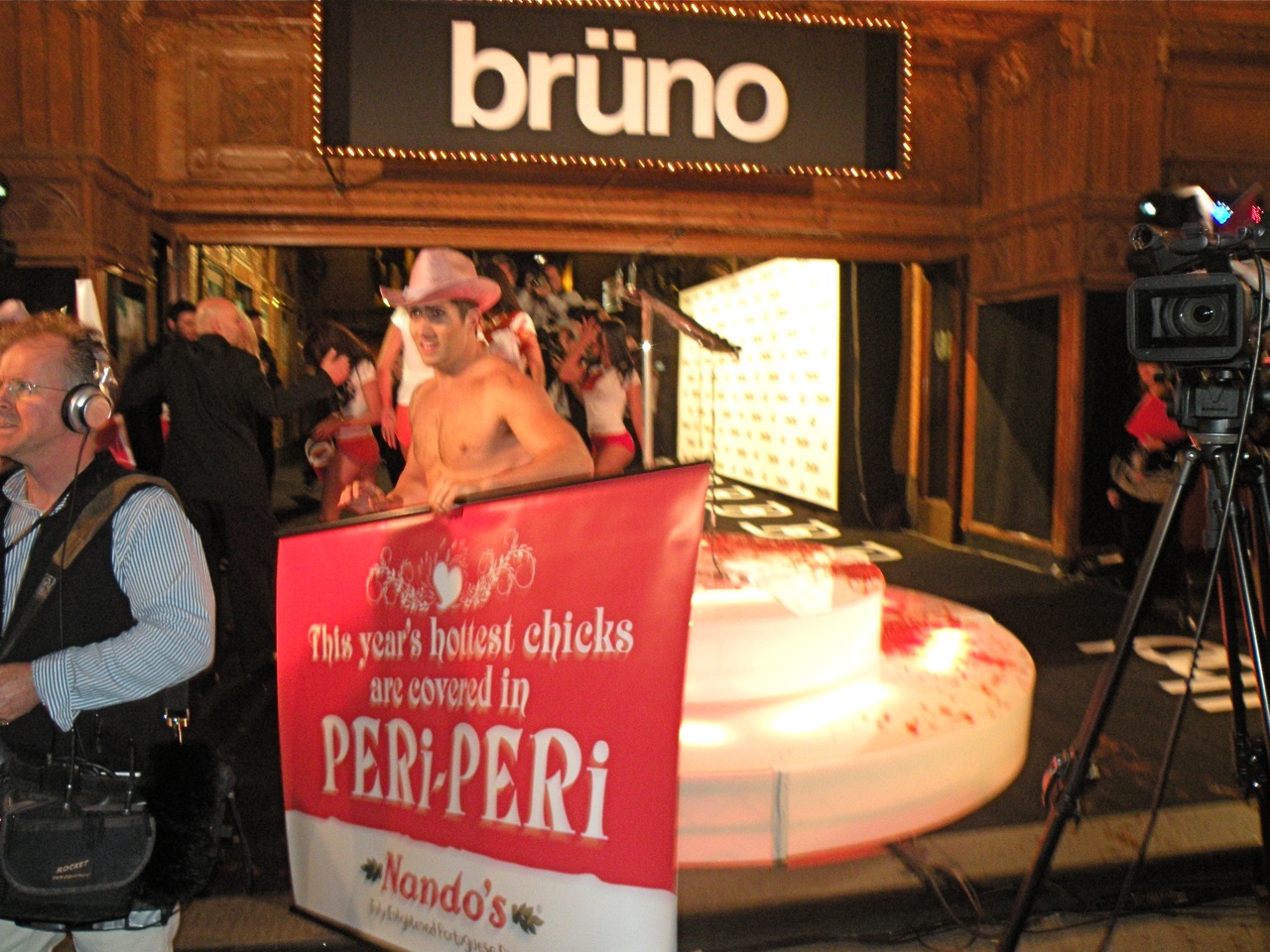 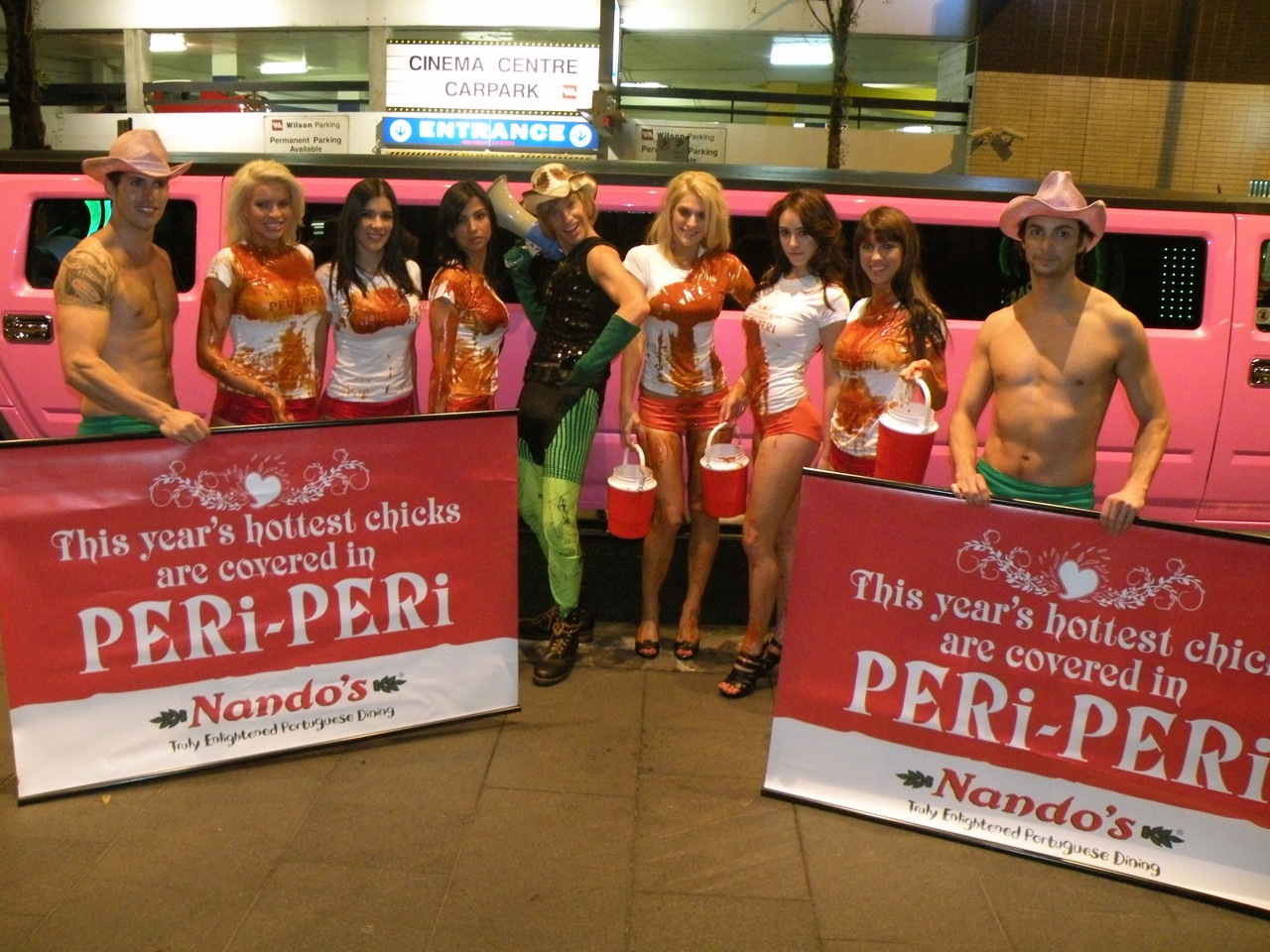 The Sphere Agency has pulled off another stunt for Nando’s at the glitzy red carpet premiere of Sacha Baron Cohen’s latest movie Bruno, where he himself was Brunoed. A Bruno double and his ‘entourage’ rolled up in a hot pink Hummer limo and made it onto the red carpet, fooling security, awaiting fans and the media. View the stunt

Dressed in bright green lycra and wearing cowboy hats, they posed forthe cameras and waved to the crowd before dousing themselves in Nando’sPERi-PERi sauce and unveiling signs that said: “This year’s hottestchicks are covered in PERi-PERi”.

The stunt left security running around trying to clean up the sauce before the real arrival of Bruno minutes later.

“We’ve been watching the launch of the movie as it’s rolled out aroundthe world and couldn’t believe no-one had tried to pull off a stunt. So when the guys at Sphere came to us with the idea, we really couldn’tresist the opportunity to Bruno Bruno,” she said.

Sphere Managing Director, Michael Abdul said: “His antics at Milan’s Fashion Week were the inspiration for the stunt.

“The planning was done in a shroud of secrecy with only a handful ofpeople knowing the full details until the big reveal on the red carpet.

“It’s been a big year for us with producing topical commentary forNando’s, the Bruno stunt is the latest in a long line of ‘in the news’creative,” he said.

Nando’s is famous for its topical commentary, rolling out radio adswhich have spoofed some of the most talked about events in the mediaincluding the departure of George W Bush, Kevin Rudd’s tantrum on boarda RAAF, the Chick Chick Boom girl and Terry Wallace’s resignation.