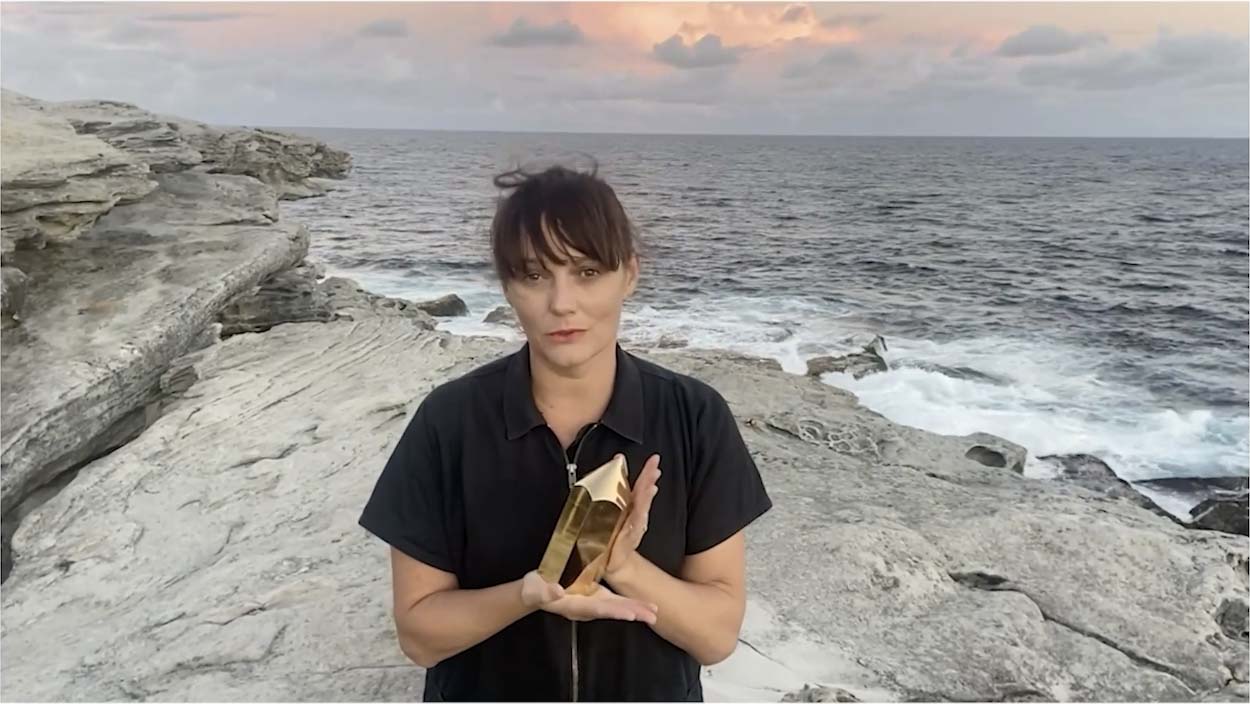 This year’s President’s Award – an award reserved for true industry heroes chosen by the sitting D&AD President – has been awarded to Australia’s Kim Gehrig, a director represented by Revolver and Somesuch, for her outstanding contribution to creativity.

The Australian-born director brings a refreshing combination of honesty and wit to her work, which can be seen in her music videos and commercials. The well-known and loved ‘This Girl Can’ campaign for Sport England, and John Lewis’s emotive Christmas ‘Man on the Moon’ ad have moved audiences.

Gehrig studied at Central St Martins and worked at Mother in London earlier in her career. The D&AD President’s Award is just the latest in a long list of accolades: other awards include multiple D&AD Pencils, Cannes Lions, BTAA arrows and a UKMVA music video award.

On accepting her D&AD President’s Award Pencil from Australia, Gehrig noted the “poetry” of how her first ever award was in fact a D&AD Pencil, which proved pivotal in her career, helping her to land her job at Mother. She said: “I’m in Australia right now, but in a way this rather heavy pencil carries the weight of my time in London, which is 24 years, in it. And by that I mean, with what I do – and what we all do – it’s not just me that this award is for, it’s for all the people who inspired me, and touched me, and collaborated with me along the way.”

Says Naresh Ramchandani, D&AD President who awarded Gehrig: “For me, creative excellence is work that acts both for the brief and for the world, putting social purpose at the heart of commercial success, and showing us that great creativity lifts everybody up. Kim Gehrig’s work lifts so many people up – women trying to get fitter in the case of This Girl Can, men who stand against toxic masculinity with We Believe, and people unafraid to speak up about periods with Viva La Vulva. Kim is not just an ‘issues director’, because when she addresses issues, they’re not issues at all – they’re national and international provocations and celebrations that touch the hearts of everyone who cares and many more who didn’t know they did. For this reason I believe she couldn’t be more deserving of this year’s President’s Award.”