Australian Museum relaunches with new campaign via SomeOne, VCCP and Atomic 212°

Branding and communications partnership SomeOne and VCCP have helped relaunch the Australian Museum (AM) with a bold, vibrant new brand advertising campaign that encourages Sydneysiders to ask ‘Why?’ and re-open their eyes to the wonders and issues of the world around us. Atomic 212° have also been engaged to amplify the integrated media campaign.

The new direction shifts the AM from an exhibition-led approach to advertising, to a brand-led approach, bringing consistency to the Museum’s messaging across all subject areas – from science and natural history, to First Nations cultures and the environment.

The campaign coincides with the reopening of the Museum, following its 15 month, $57.7m transformation known as Project Discover, which significantly increased public spaces and improved amenities within the historic museum complex on the corner of William and College Streets.

Director of marketing, communications, commercial and partnerships at the Australian Museum, Jacinta Spurrett said with the completion of Project Discover and the reopening of the AM, the fresh new campaign, which runs across print, outdoor, online and radio platforms, aims to remind visitors that the AM is a trusted source of knowledge based on facts and evidence.

Says Spurrett: “The campaign is designed to reflect what people experience at the AM: wonder, excitement and unexpected discoveries, and will extend beyond reopening to champion our key areas of focus, including environmental solutions, First Nations cultures and truth-telling. SomeOne and VCCP understood our vision, elevated it, and we’re excited to share it with the public with the help of Atomic 212°.” 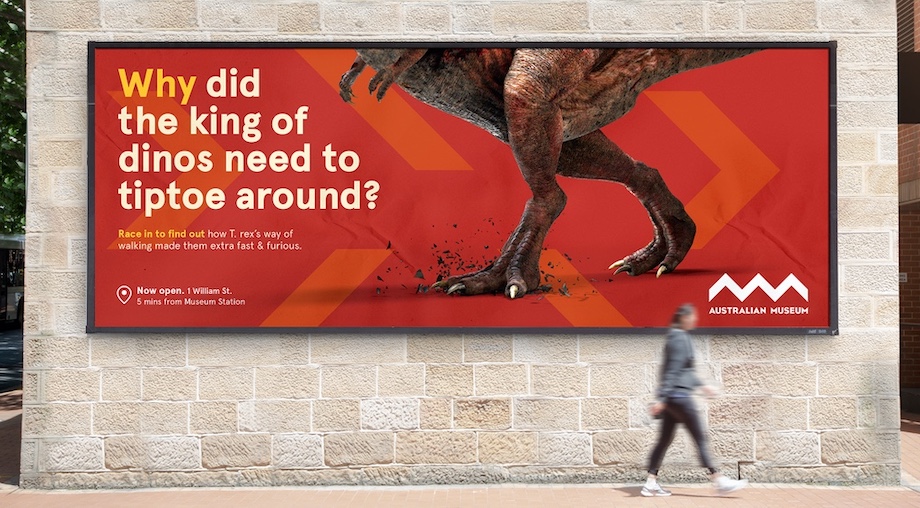 According to Tom Dabner, creative director at SomeOne, the challenge wasn’t to simply revitalise the museum, but rather to accurately and effectively tap into these subjects with a deserved layer of conviction and intent — particularly for more hard-hitting subjects. This is what led to the ‘Why?’ messaging platform: “Why? — it’s the simplest question to ask, yet the most eye-opening to answer. Whether you’re an over-inquisitive five-year-old or a research scientist looking to uncover new information for your life’s work, ‘Why?’ is the question we ask when we want answers. It can just as easily be whimsical as it can drill down into hard, and sometimes uncomfortable, truths.” 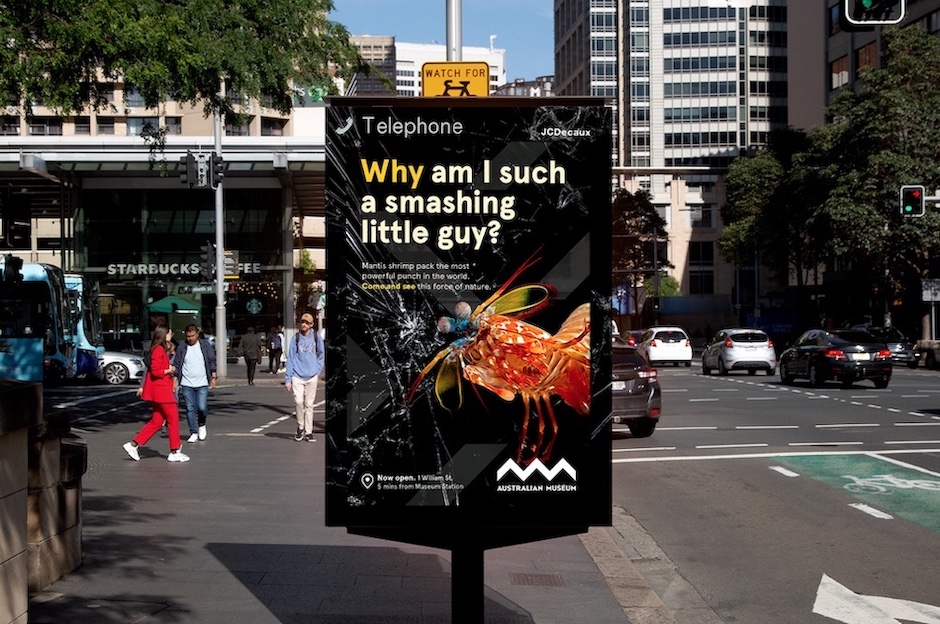 Says Josh Manning, planning director, VCCP Sydney: “As a kid growing up in Sydney, the Australian Museum was always a treasure trove of dinosaurs and gem-stones. Now, knowing the amazing research they do, their approach to important issues like First Nations cultures and the environment, it’s been a true milestone project for the museum and something we’re incredibly proud of.”

Says Rosie Brennan, partner at SomeOne in Sydney: “We’re thrilled to be working for a true Australian icon. Through the SomeOne and VCCP partnership we hope we’ve managed to deliver the kind of strategically grounded, exciting and highly-crafted creative befitting of such a highly-esteemed cultural institution.”

Says Tom Sheppard, general manager of media technology, Atomic 212°: “We are thrilled to work with such a remarkable brand – the Australian Museum is synonymous with heritage and modernity and the campaign delivers a unique perspective into the question ‘Why?’. It was a pleasure working with the broader team throughout the delivery of the integrated media planning and execution.”

The campaign extends to outdoor, radio, print, social media, programmatic and online video, with the integrated media strategy and buying implemented by Atomic 212°.

The Australian Museum reopened on 28 November 2020 with a range of permanent and special exhibitions including Australian Geographic Nature Photographer of the Year. To celebrate the reopening, general admission is free. 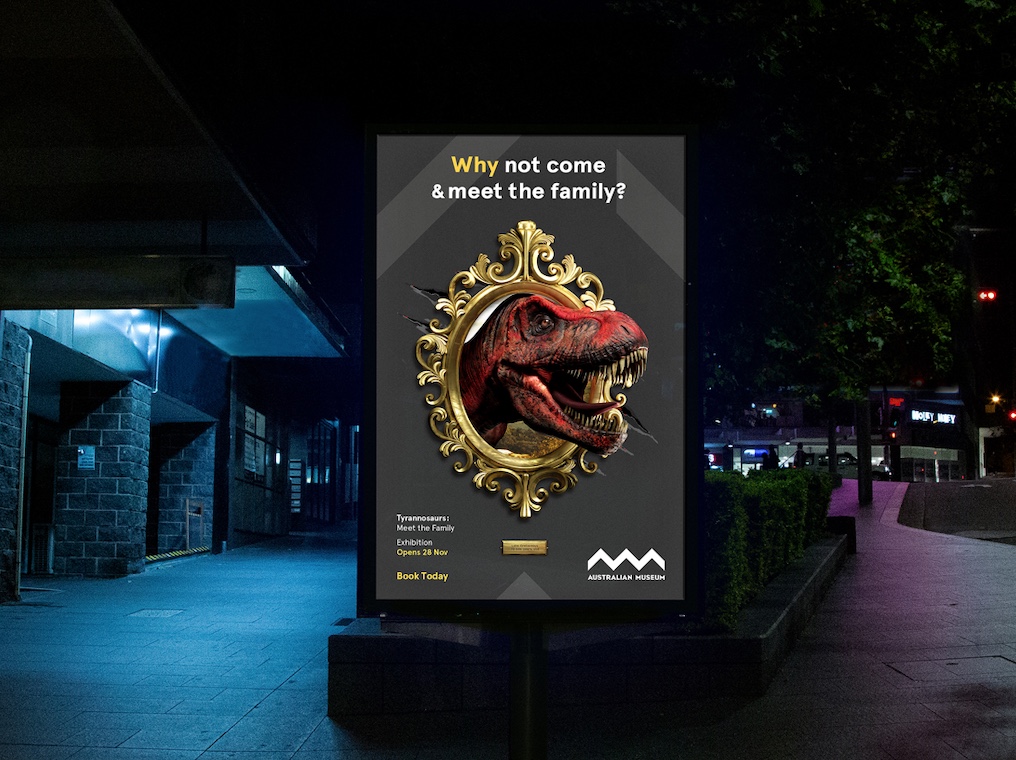 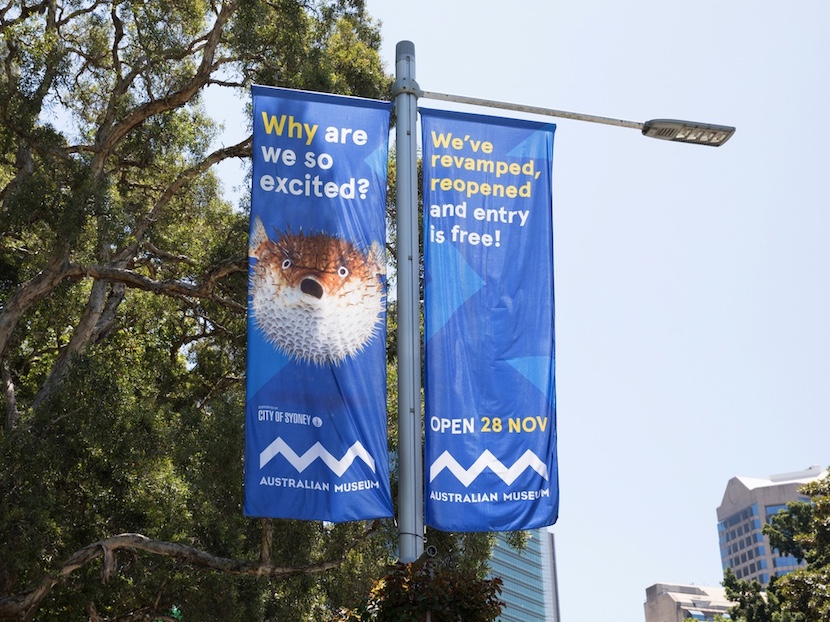